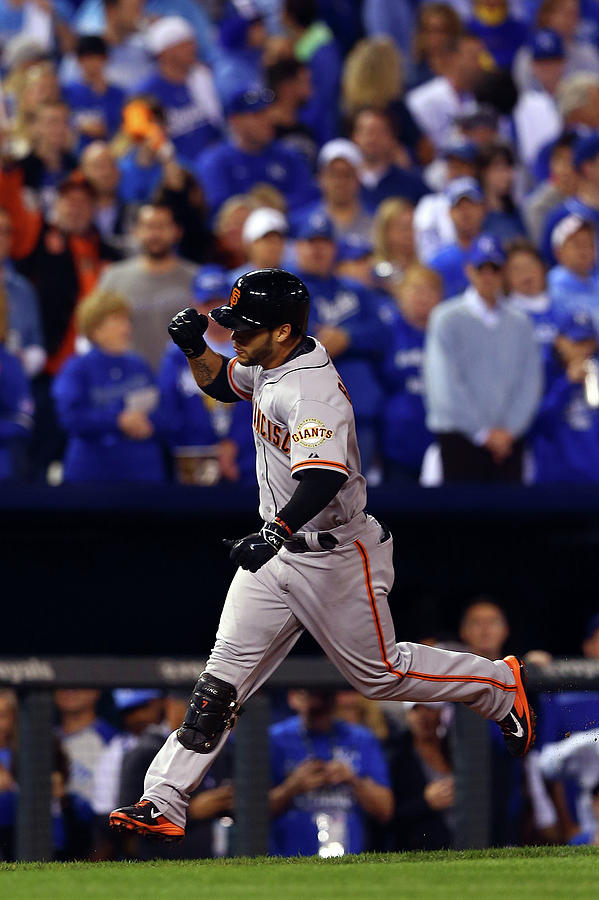 KANSAS CITY, MO - OCTOBER 22: Gregor Blanco #7 of the San Francisco Giants rounds the bases after hitting a lead off home run in the first inning against the Kansas City Royals during Game Two of the 2014 World Series at Kauffman Stadium on October 22, 2014 in Kansas City, Missouri. (Photo by Elsa/Getty Images)