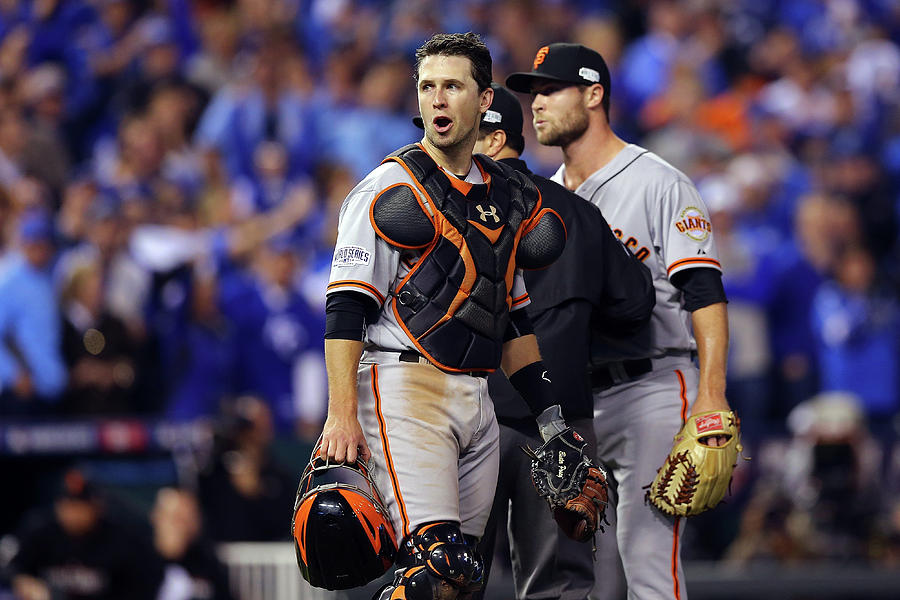 KANSAS CITY, MO - OCTOBER 22: Buster Posey #28 of the San Francisco Giants reacts after words were exchanged between Hunter Strickland #60 and Salvador Perez #13 of the Kansas City Royals in the sixth inning during Game Two of the 2014 World Series at Kauffman Stadium on October 22, 2014 in Kansas City, Missouri. (Photo by Elsa/Getty Images)