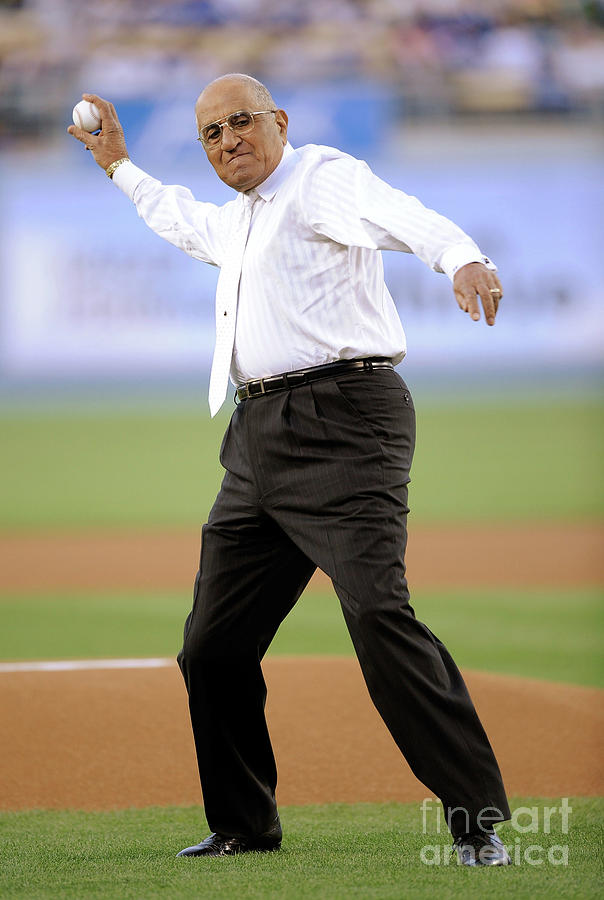 LOS ANGELES, CA - APRIL 15: Los Angeles Dodgers Don Newcombe, a teammate of Jackie Robinson, throws out the ceremonial first pitch to one of the newest Dodgers before the start of the baseball game against the San Francisco Giants at Dodger Stadium on April 15, 2009 in Los Angeles, California. The Dodgers, the only Major League team for which Jackie Robinson played, celebrated the 62nd anniversary of his breaking the color barrier at Dodger Stadium. All Major League Baseball players are wearing #42 in honor of Jackie Robinson day. (Photo by Kevork Djansezian/Getty Images)