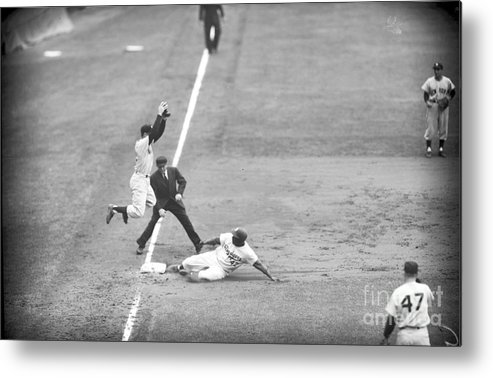 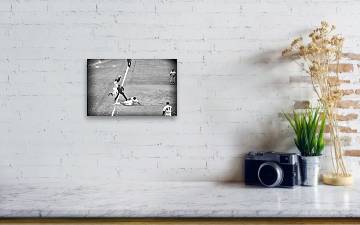 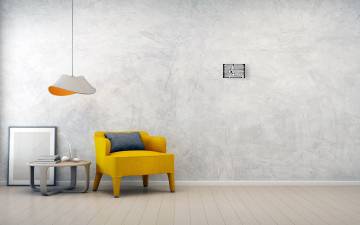 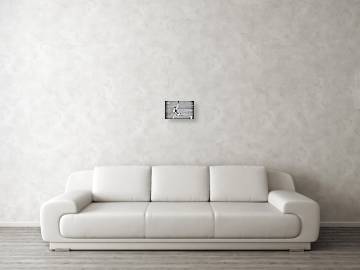 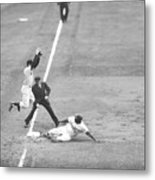 Jackie Robinson And Gil Mcdougald metal print by Kidwiler Collection.   Bring your artwork to life with the stylish lines and added depth of a metal print. Your image gets printed directly onto a sheet of 1/16" thick aluminum. The aluminum sheet is offset from the wall by a 3/4" thick wooden frame which is attached to the back. The high gloss of the aluminum sheet complements the rich colors of any image to produce stunning results.

BROOKLYN, NY - SEPTEMBER 30: Jackie Robinson #42 of the Brooklyn Dodgers slides into third base ahead of the throw to Gil McDougald #12 of the New York Yankees during a World Series game on September 30, 1955 at Ebbets Field in Brooklyn, New York. Johnny Podres and the Dodgers won the third game of the series, 8-3, in front of 34,209 fans. (Photo by Kidwiler Collection/Diamond Images/Getty Images)Image provided by Getty Images.