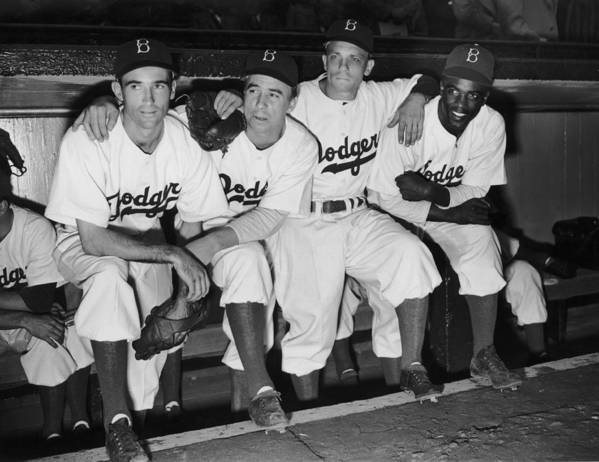 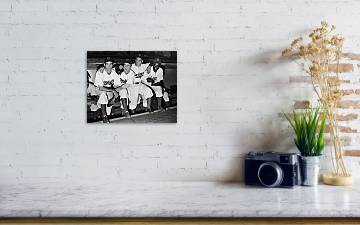 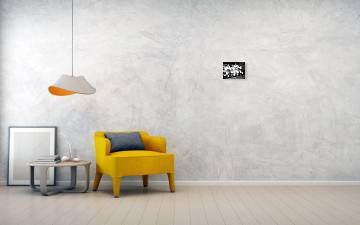 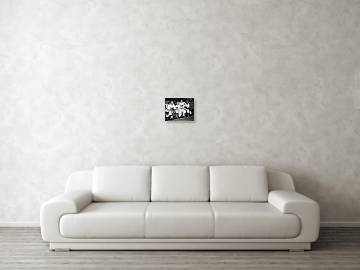 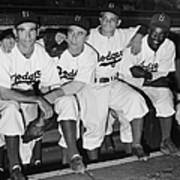 Jackie Robinson poster by Fpg.   Our posters are produced on acid-free papers using archival inks to guarantee that they last a lifetime without fading or loss of color. All posters include a 1" white border around the image to allow for future framing and matting, if desired.

Newest Brooklyn Dodgers recruit Jackie Robinson on the end of the bench with his team mates at Ebbet's Field, 1947. Robinson was the first African American to join a Major League team since the foundation of the Negro National League in 1920. (Photo by FPG/Archive Photos/Getty Images)Image provided by Getty Images.