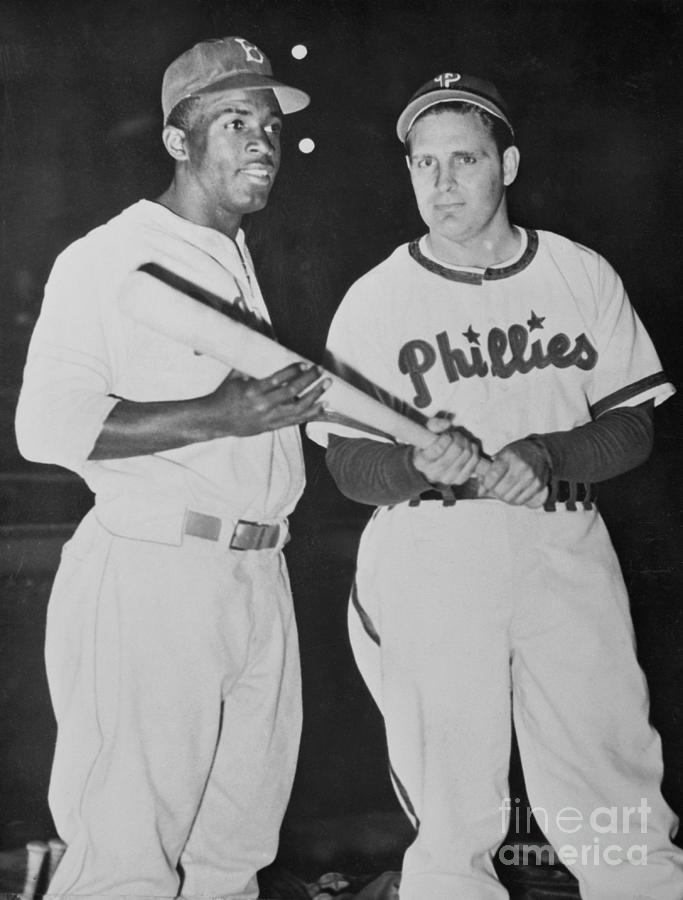 Ben Chapman, Philadelphia Phillies manager who was reprimanded by baseball commissioner Chandler for verbally abusing Jackie Robinson, Brooklyn Dodgers first baseman, from the dugout, is pictured with the latter before the May 9th night game, which was won by the Phillies 6-5. Chapman insists that Robinson isn't jockeyed any more than any other player in the league.