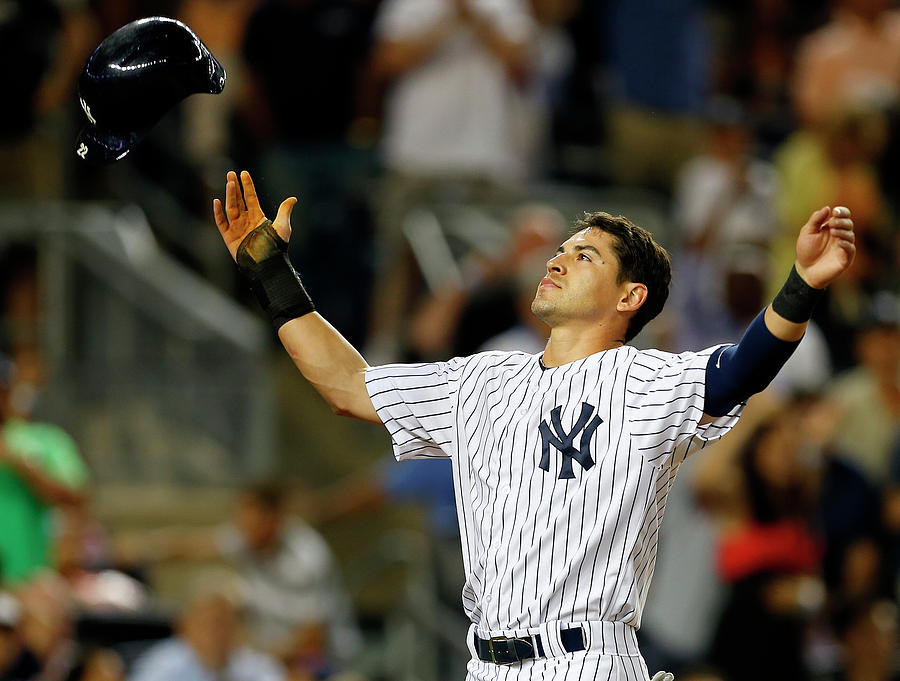 NEW YORK, NY - JUNE 28: Jacoby Ellsbury #22 of the New York Yankees reacts by throwing his helmet in the air after finding out the the run he scored on a stolen base and a two base error were nullified because teammate Mark Teixeira #25 was out looking at a called third strike in the eighth inning against the Boston Red Sox in a MLB baseball game at Yankee Stadium on June 28, 2014 in the Bronx borough of New York City. The Red Sox defeated the Yankees 2-1. (Photo by Rich Schultz/Getty Images)