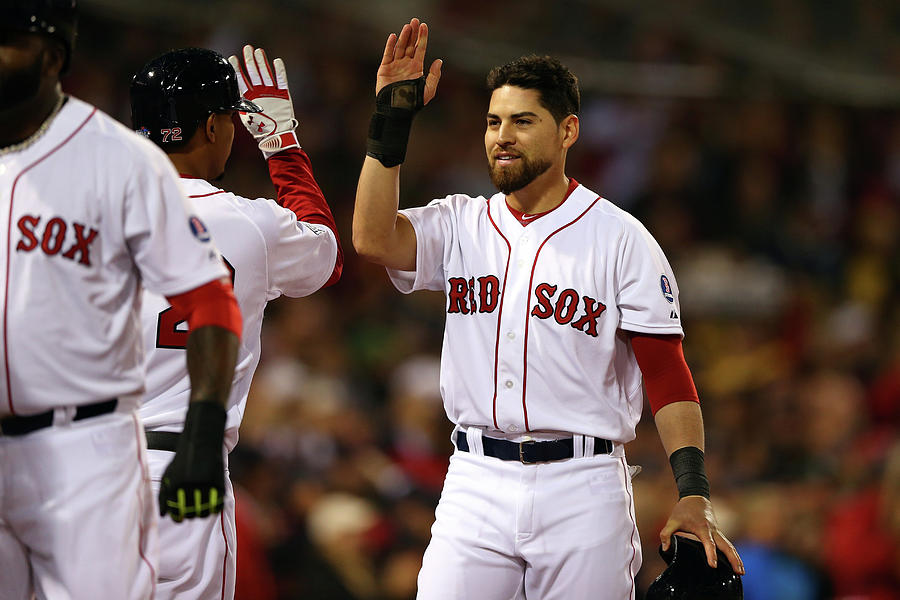 BOSTON, MA - OCTOBER 23: Jacoby Ellsbury #2 celebrates with Xander Bogaerts #72 of the Boston Red Sox after scoring in the first inning against the St. Louis Cardinals during Game One of the 2013 World Series at Fenway Park on October 23, 2013 in Boston, Massachusetts. (Photo by Elsa/Getty Images)