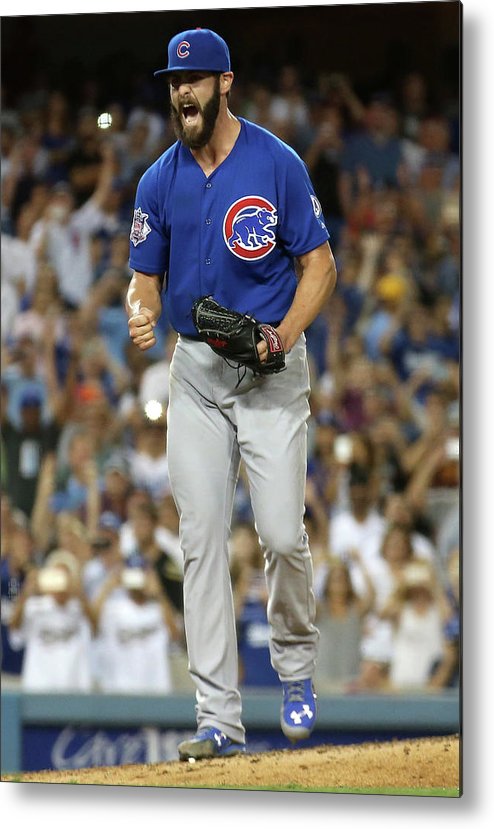 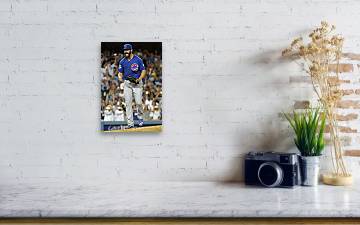 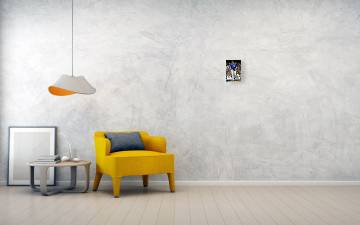 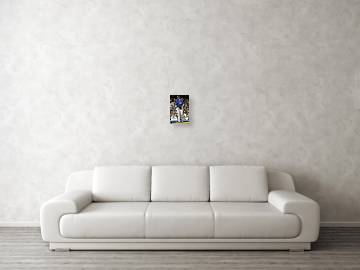 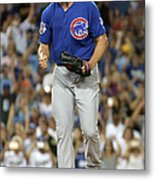 Jake Arrieta metal print by Stephen Dunn.   Bring your artwork to life with the stylish lines and added depth of a metal print. Your image gets printed directly onto a sheet of 1/16" thick aluminum. The aluminum sheet is offset from the wall by a 3/4" thick wooden frame which is attached to the back. The high gloss of the aluminum sheet complements the rich colors of any image to produce stunning results.

LOS ANGELES, CA - AUGUST 30: Starting pitcher Jake Arrieta #49 of the Chicago Cubs reacts after getting the fianl out of a no hitter against the Los Angeles Dodgers at Dodger Stadium on August 30, 2015 in Los Angeles, California. The Cubs won 2-0. (Photo by Stephen Dunn/Getty Images)Image provided by Getty Images.