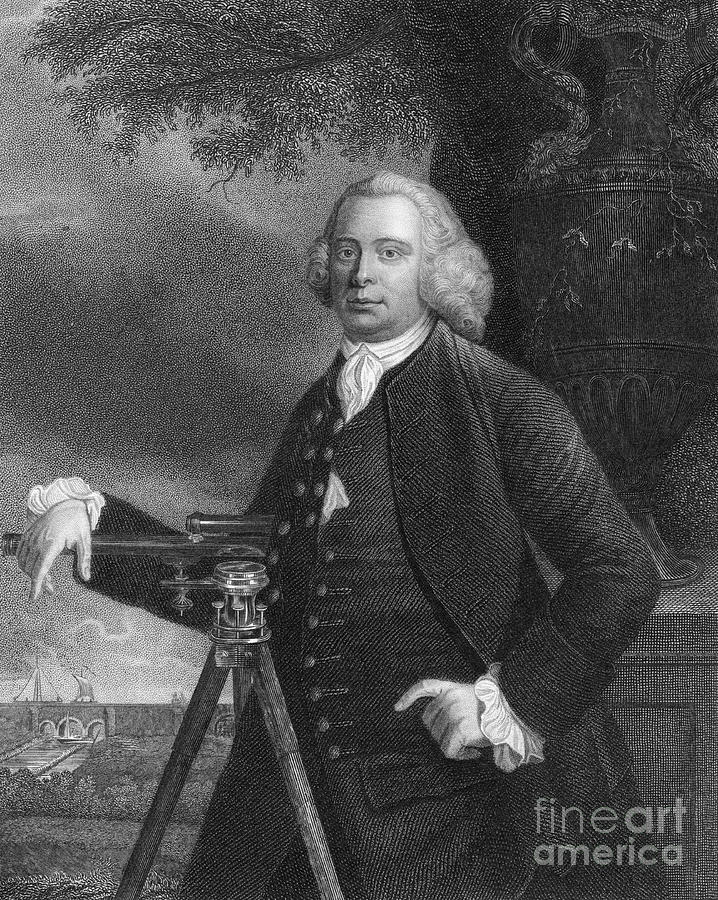 James Brindley, English civil engineer and canal builder, c1770 (1835). Brindley (1716-1772) rests a hand on a theodolite and points to the aqueduct over the Irwell on the Worsley to Manchester (Bridgewater) canal. He became an engineer, inventing a water engine for draining a coalmine in 1752. In 1759, after seeing Brindley's design for a silk mill, Francis Egerton, the Duke of Bridgewater, employed him to build the canal between Worsley and Manchester. After its completion in 1772, he went on to build the Grand Trunk, Birmingham and Chesterfield canals. Although illiterate all his life, Brindley constructed 365 miles of canals. Engraving after a portrait by Francis Parsons (fl1763-1783). (Photo by Oxford Science Archive/Print Collector/Getty Images)