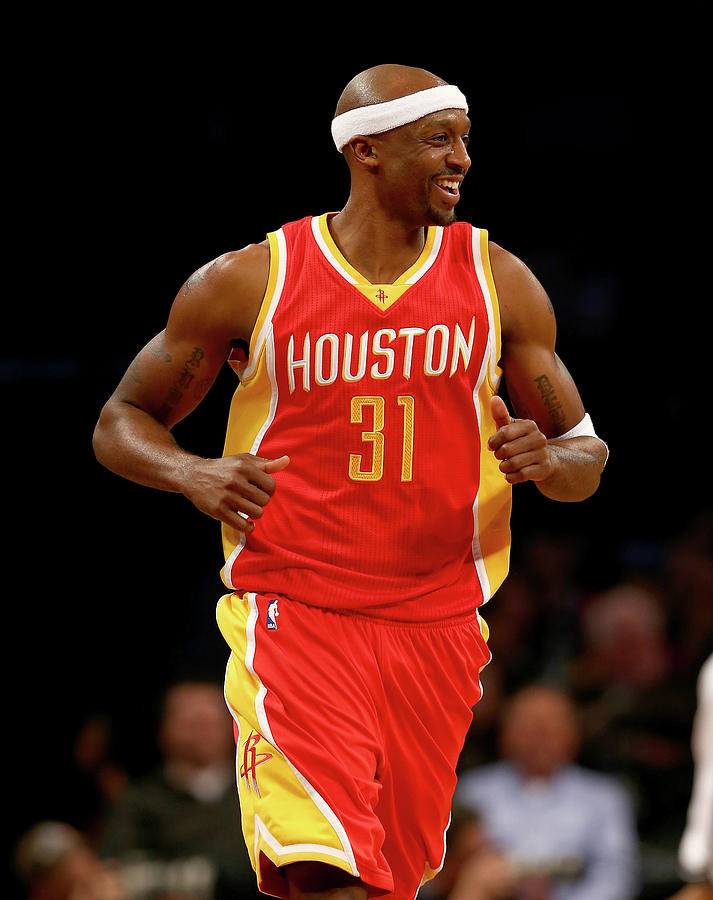 NEW YORK, NY - JANUARY 12: Jason Terry #31 of the Houston Rockets celebrates his basket in the second half against the Brooklyn Nets at the Barclays Center on January 12, 2015 in the Brooklyn borough of New York City.The Houston Rockets defeated the Brooklyn Nets 113-99. NOTE TO USER: User expressly acknowledges and agrees that, by downloading and/or using this photograph, user is consenting to the terms and conditions of the Getty Images License Agreement. (Photo by Elsa/Getty Images)