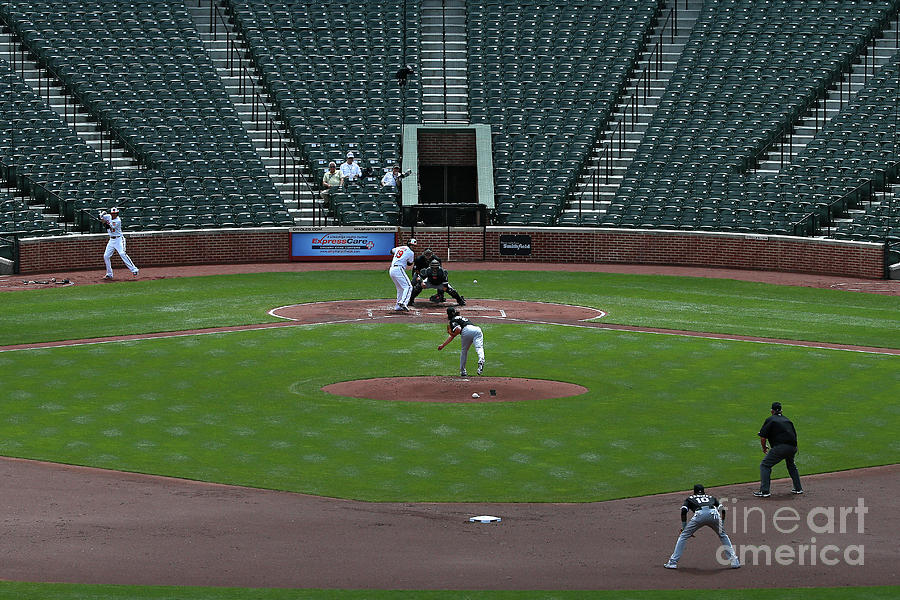 BALTIMORE, MD - APRIL 29: Batter Chris Davis #19 of the Baltimore Orioles hits a three-run home run off of starting pitcher Jeff Samardzija #29 of the Chicago White Sox in the first inning at an empty Oriole Park at Camden Yards on April 29, 2015 in Baltimore, Maryland. Due to unrest in relation to the arrest and death of Freddie Gray, the two teams played in a stadium closed to the public. Gray, 25, was arrested for possessing a switch blade knife April 12 outside the Gilmor Houses housing project on Baltimore's west side. According to his attorney, Gray died a week later in the hospital from a severe spinal cord injury he received while in police custody. (Photo by Patrick Smith/Getty Images)