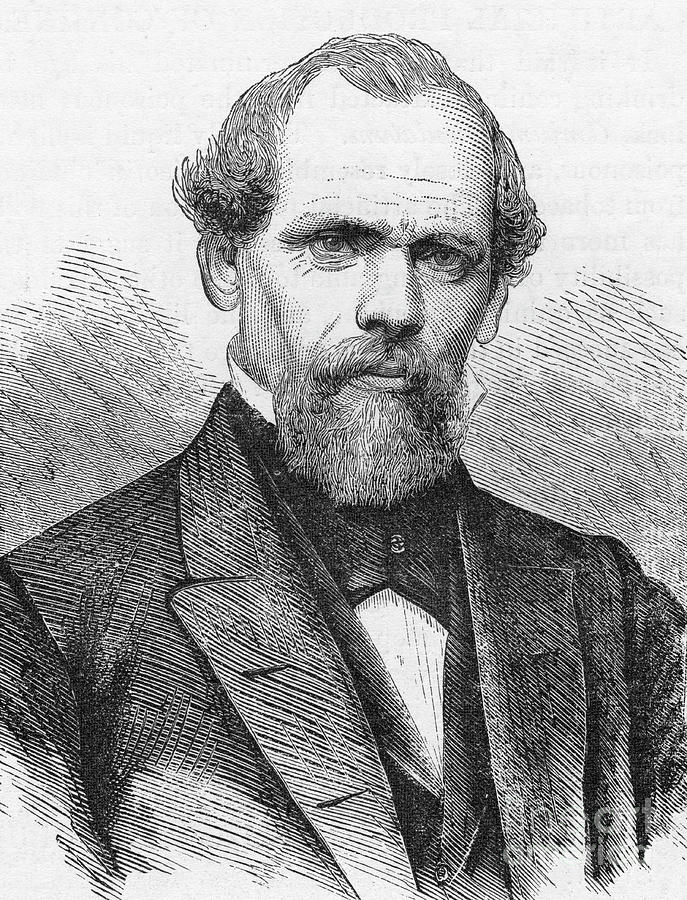 John Augustus Roebling, American civil engineer, 1874. Roebling (1806-1869) designed the Brooklyn Suspension Bridge as well as the Cincinnati, Pittsburgh and Niagara Falls Bridges. The Brooklyn Bridge, spanning the East River in New York, was heralded as one of the most important construction projects of the 19th century. When completed in 1883 it was the longest suspension bridge in the world. Roebling died of tetanus in 1869 after his foot was crushed in an accident during construction. His son, Washington, took over as chief engineer, and saw the project to its successful conclusion with the assistance of his wife Emily after Washington himself was incapacitated by an attack of the bends suffered while working below the river bed. From The Science Record. [New York 1874]. (Photo by Oxford Science Archive/Print Collector/Getty Images)