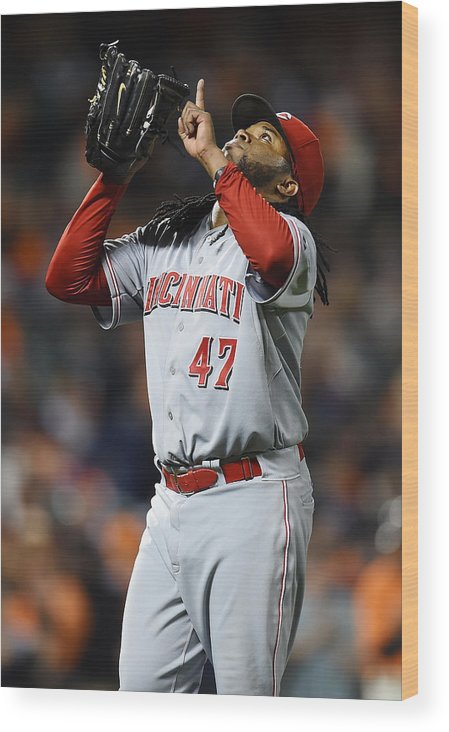 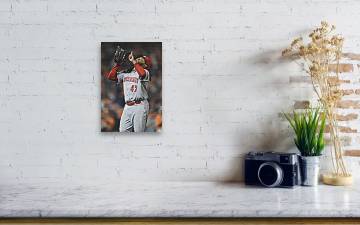 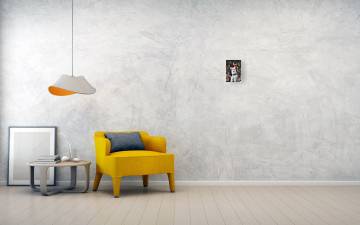 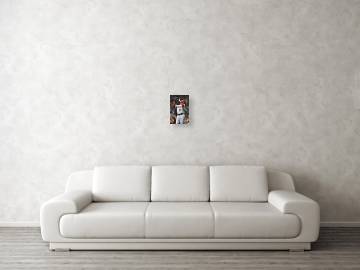 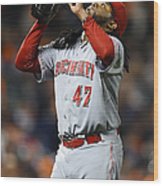 Johnny Cueto wood print by Thearon W. Henderson.   Bring your artwork to life with the texture and added depth of a wood print. Your image gets printed directly onto a sheet of 3/4" thick maple wood. There are D-clips on the back of the print for mounting it to your wall using mounting hooks and nails (included).

SAN FRANCISCO, CA - JUNE 27: Starting pitcher Johnny Cueto #47 of the Cincinnati Reds reacts while walking back to the dugout after he was taken out of the game in the bottom of the ninth inning against the San Francisco Giants at AT&T Park on June 27, 2014 in San Francisco, California. The Reds won the game 6-2. (Photo by Thearon W. Henderson/Getty Images)Image provided by Getty Images.