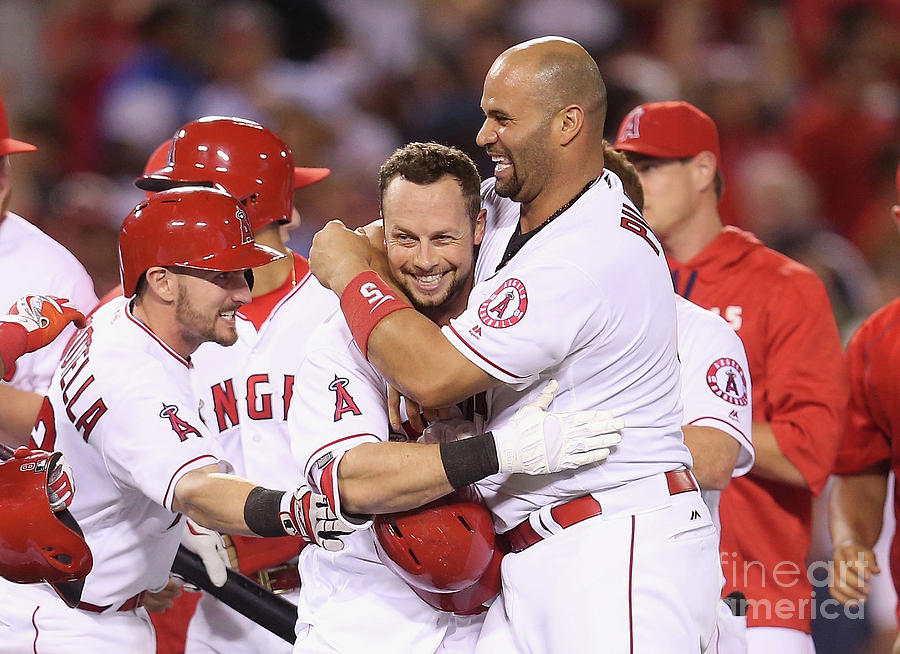 ANAHEIM, CALIFORNIA - JULY 28: Daniel Nava #25 (C) of the Los Angeles Angels of Anaheim is mobbed by Albert Pujols #5, Johnny Giavotella #12 and other teammates after his ground ball led to a throwing error allowing the tying and winning runs to score in the ninth inning against the Boston Red Sox at Angel Stadium of Anaheim on July 28, 2016 in Anaheim, California. The Angels won 2-1. (Photo by Stephen Dunn/Getty Images)