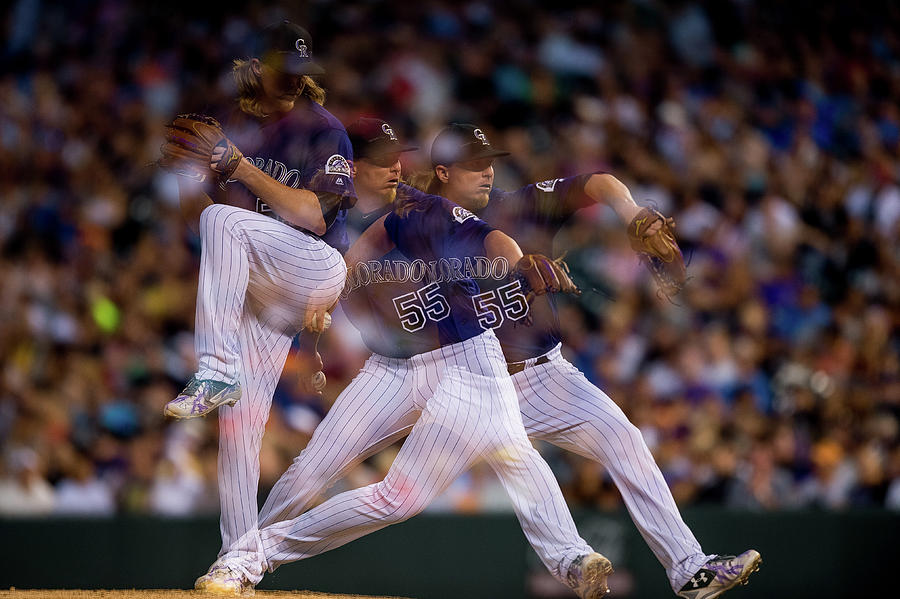 DENVER, CO - AUGUST 2: (EDITOR'S NOTE: Multiple exposures were combined in camera to produce this image.) Jon Gray #55 of the Colorado Rockies pitches in a multiple-exposure photo during a game against the Los Angeles Dodgers at Coors Field on August 2, 2016 in Denver, Colorado. (Photo by Dustin Bradford/Getty Images)