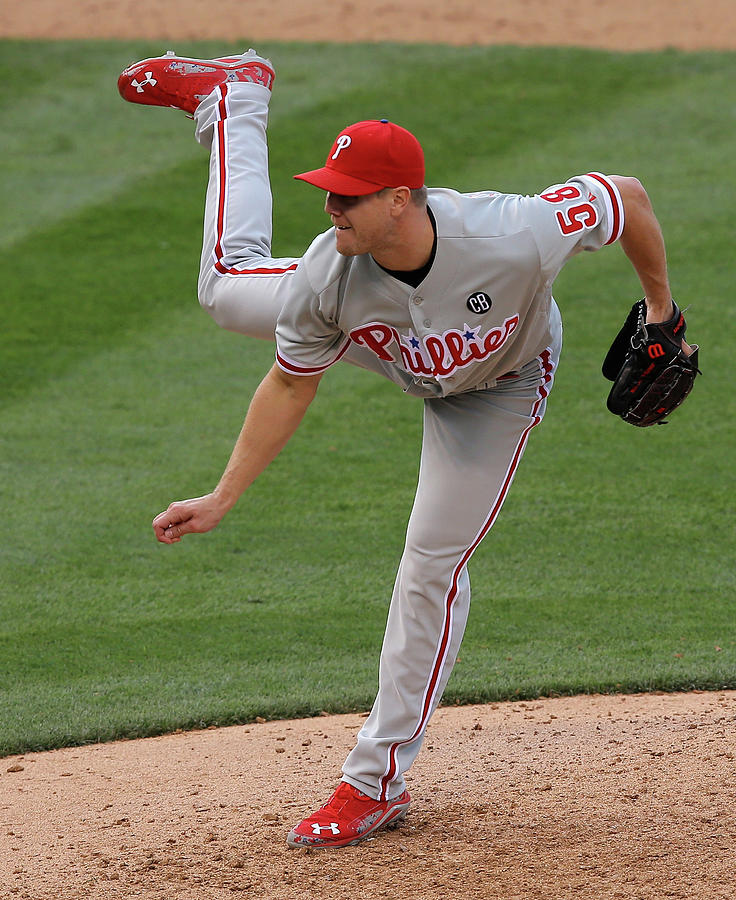 DENVER, CO - APRIL 20: Closer Jonathan Papelbon #58 of the Philadelphia Phillies delivers against the Colorado Rockies at Coors Field on April 20, 2014 in Denver, Colorado. Papelbon earned a save as the Phillies defeated the Rockies 10-9. (Photo by Doug Pensinger/Getty Images)