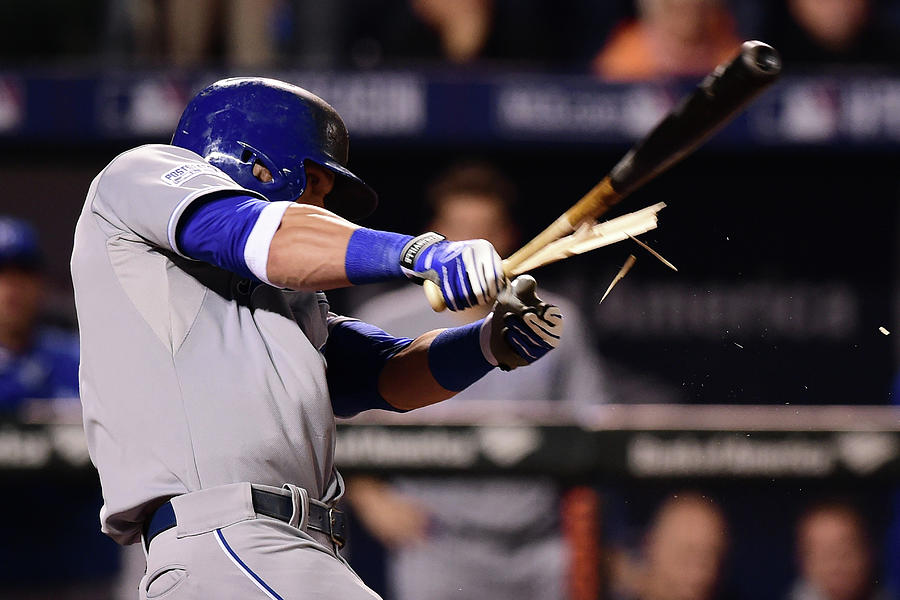 BALTIMORE, MD - OCTOBER 10: Alex Gordon #4 of the Kansas City Royals doubles to right field scoring Aoki, Cain and Butler because of an error by second baseman Jonathan Schoop #6 of the Baltimore Orioles in the third inning during Game One of the American League Championship Series at Oriole Park at Camden Yards on October 10, 2014 in Baltimore, Maryland. (Photo by Patrick Smith/Getty Images)