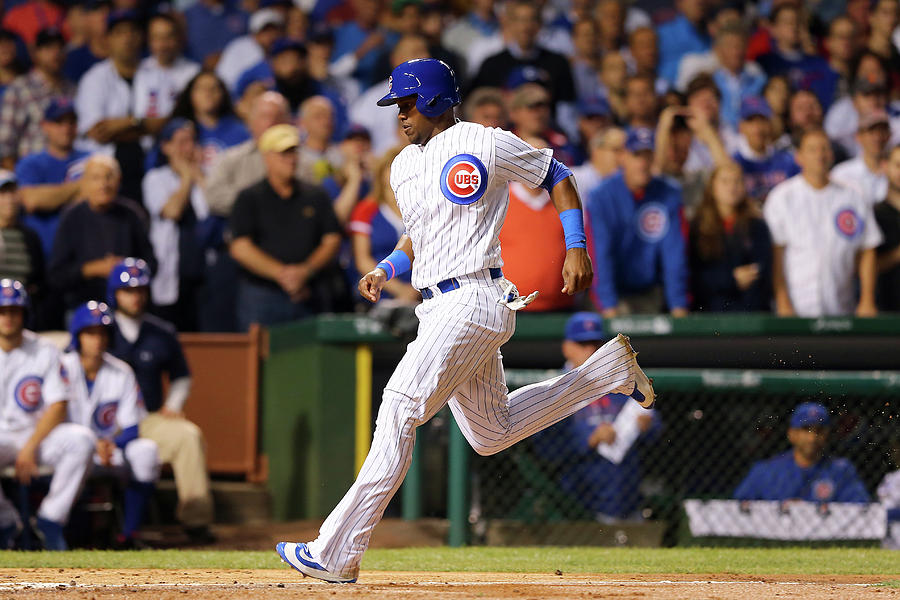 CHICAGO, IL - OCTOBER 21: Jorge Soler #68 of the Chicago Cubs scores a run off of a grounded out ball to first hit by Kyle Schwarber #12 in the fourth inning against Steven Matz #32 of the New York Mets during game four of the 2015 MLB National League Championship Series at Wrigley Field on October 21, 2015 in Chicago, Illinois. (Photo by Elsa/Getty Images)