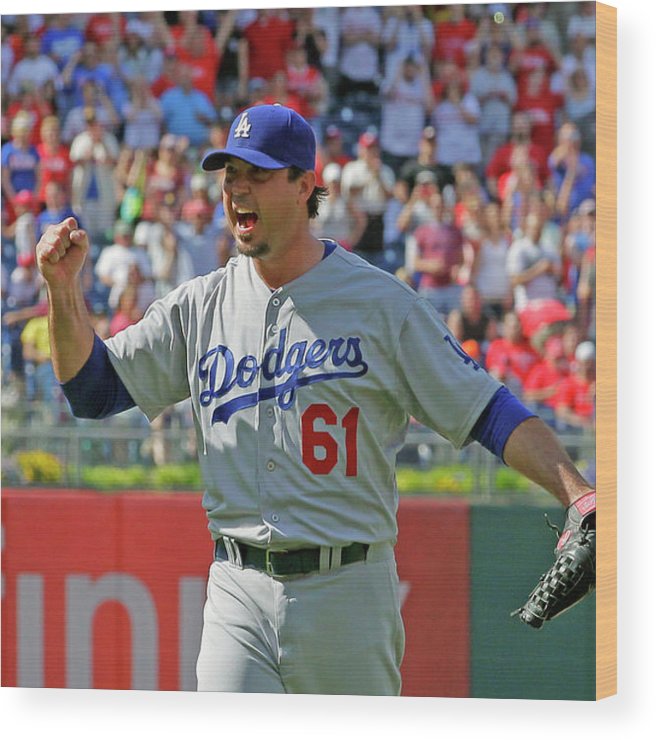 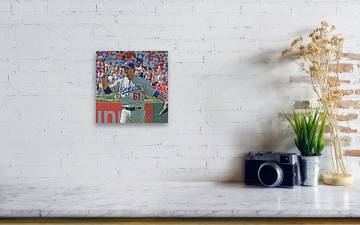 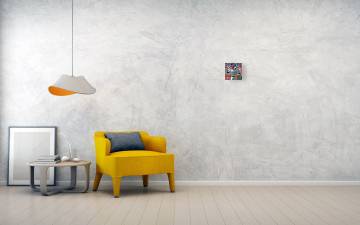 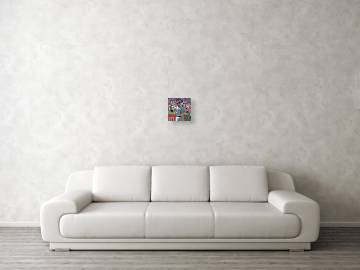 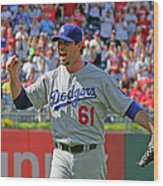 Josh Beckett wood print by Hunter Martin.   Bring your artwork to life with the texture and added depth of a wood print. Your image gets printed directly onto a sheet of 3/4" thick maple wood. There are D-clips on the back of the print for mounting it to your wall using mounting hooks and nails (included).

PHILADELPHIA - MAY 25: Starting pitcher Josh Beckett #61 of the Los Angeles Dodgers celebrates in the ninth inning after recording a no hitter during a game against the Philadelphia Phillies at Citizens Bank Park on May 25, 2014 in Philadelphia, Pennsylvania. The Dodgers won 6-0. (Photo by Hunter Martin/Getty Images)Image provided by Getty Images.