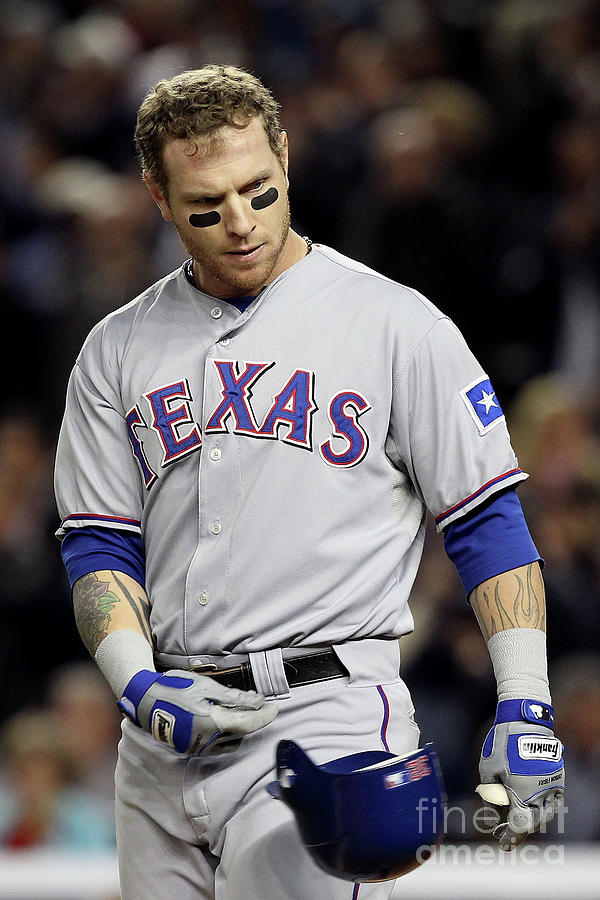 NEW YORK - OCTOBER 20: Josh Hamilton #32 of the Texas Rangers reacts after striking out against the New York Yankees in Game Five of the ALCS during the 2010 MLB Playoffs at Yankee Stadium on October 20, 2010 in the Bronx borough of New York City. (Photo by Al Bello/Getty Images)