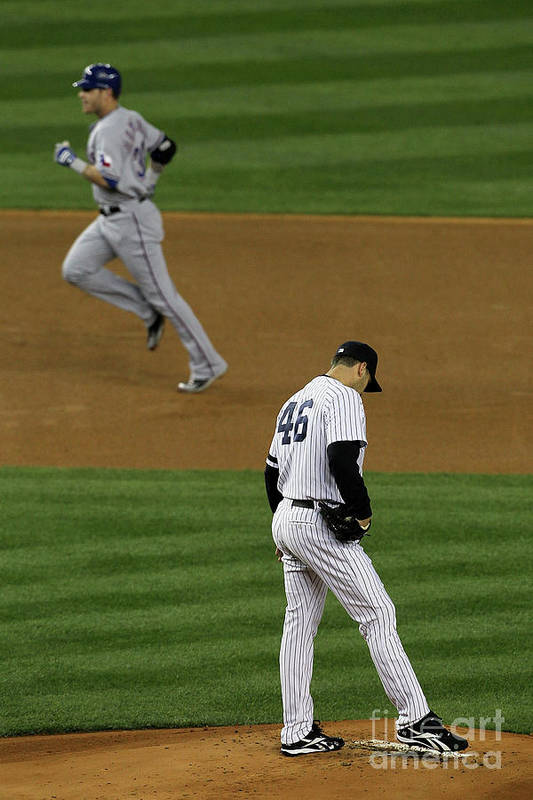 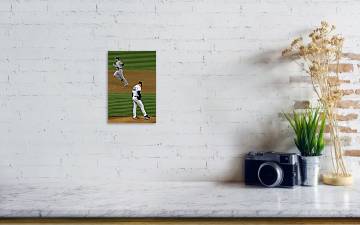 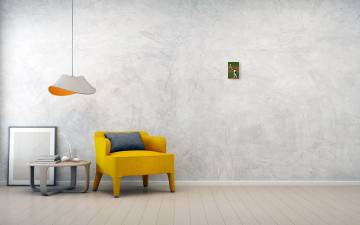 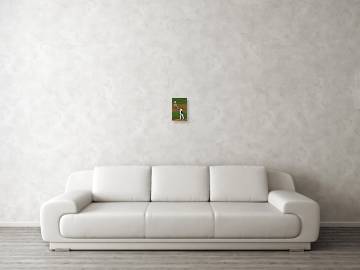 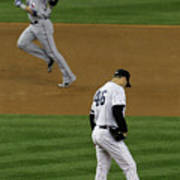 Josh Hamilton And Andy Pettitte art print by Jim Mcisaac.   Our art prints are produced on acid-free papers using archival inks to guarantee that they last a lifetime without fading or loss of color. All art prints include a 1" white border around the image to allow for future framing and matting, if desired.

NEW YORK - OCTOBER 18: Starting pitcher Andy Pettitte #46 of the New York Yankees reacts as Josh Hamilton #32 of the Texas Rangers rounds third base on his 2-run home tun in the top of the first inning of Game Three of the ALCS during the 2010 MLB Playoffs at Yankee Stadium on October 18, 2010 in New York, New York. (Photo by Jim McIsaac/Getty Images)Image provided by Getty Images.