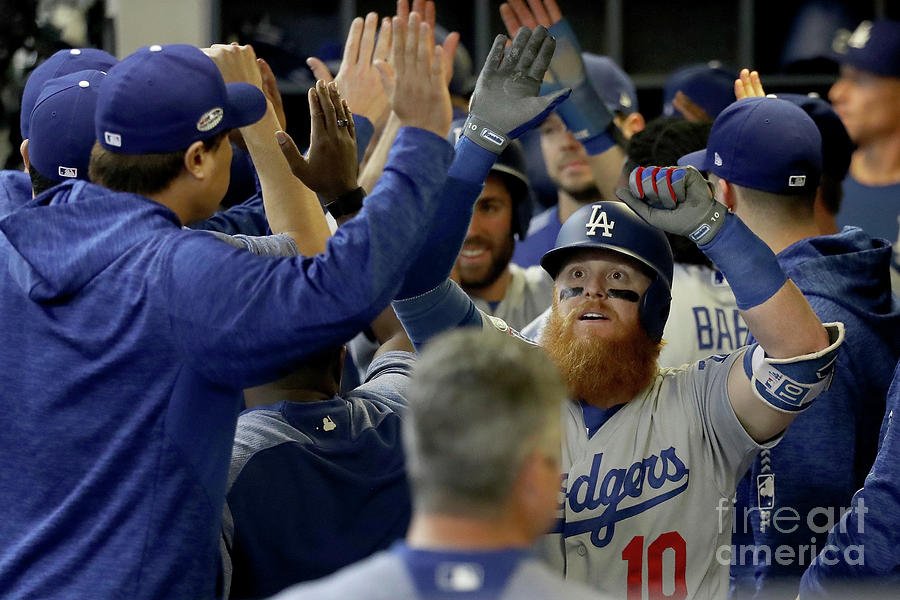 MILWAUKEE, WI - OCTOBER 13: Justin Turner #10 of the Los Angeles Dodgers celebrates with his teammates in the dugout after hitting a two run home run against Jeremy Jeffress #32 of the Milwaukee Brewers during the eighth inning in Game Two of the National League Championship Series at Miller Park on October 13, 2018 in Milwaukee, Wisconsin. (Photo by Rob Carr/Getty Images)