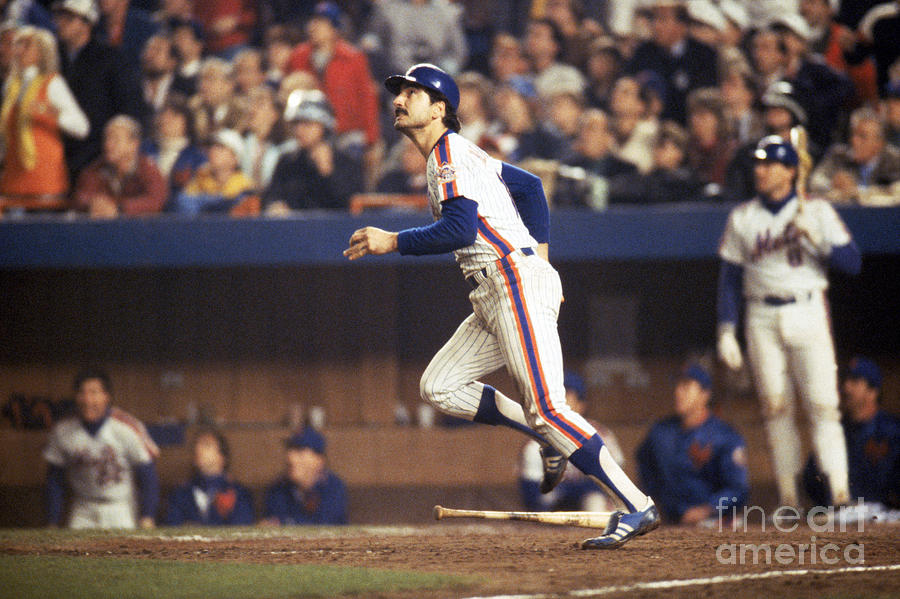 FLUSHING, NY - OCTOBER 27: First baseman Keith Hernandez #17 of the New York Mets looks for the ball he hit during game 7 of the 1986 World Series against the Boston Red Sox at Shea Stadium on October 27, 1986 in Flushing, New York. The Mets won the series 4-3. (Photo by T.G. Higgins/Getty Images)