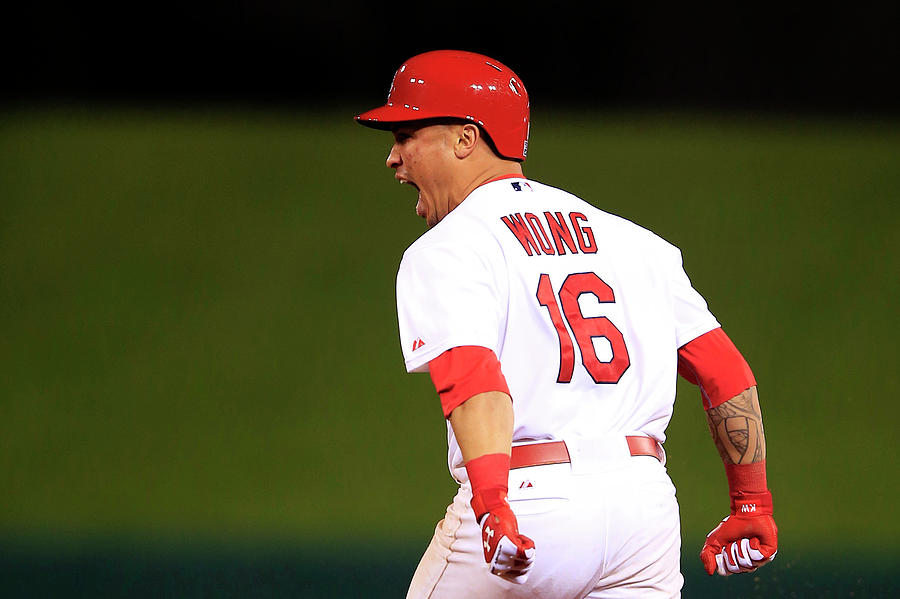 ST LOUIS, MO - OCTOBER 12: Kolten Wong #16 of the St. Louis Cardinals celebrates his solo home run in the ninth inning to give the St. Louis Cardinals the 5 to 4 win over the San Francisco Giants during Game Two of the National League Championship Series at Busch Stadium on October 12, 2014 in St Louis, Missouri. (Photo by Jamie Squire/Getty Images)