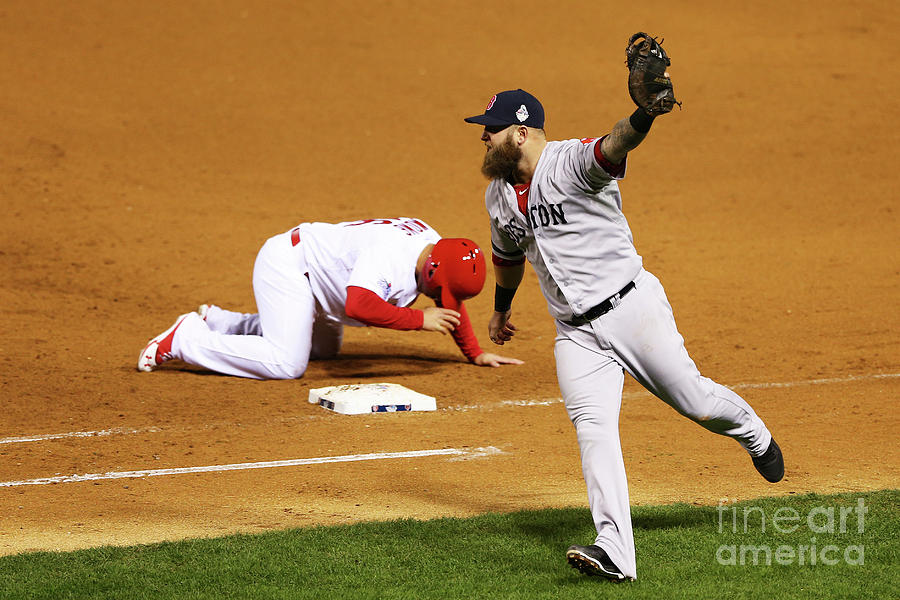 ST LOUIS, MO - OCTOBER 27: Kolten Wong #16 of the St. Louis Cardinals reacts after being tagged out at first by Mike Napoli #12 of the Boston Red Sox on a pick off play by Koji Uehara #19 in the ninth inning to end Game Four of the 2013 World Series at Busch Stadium on October 27, 2013 in St Louis, Missouri. The Red Sox defeated the Cardinals 4-2. (Photo by Elsa/Getty Images)