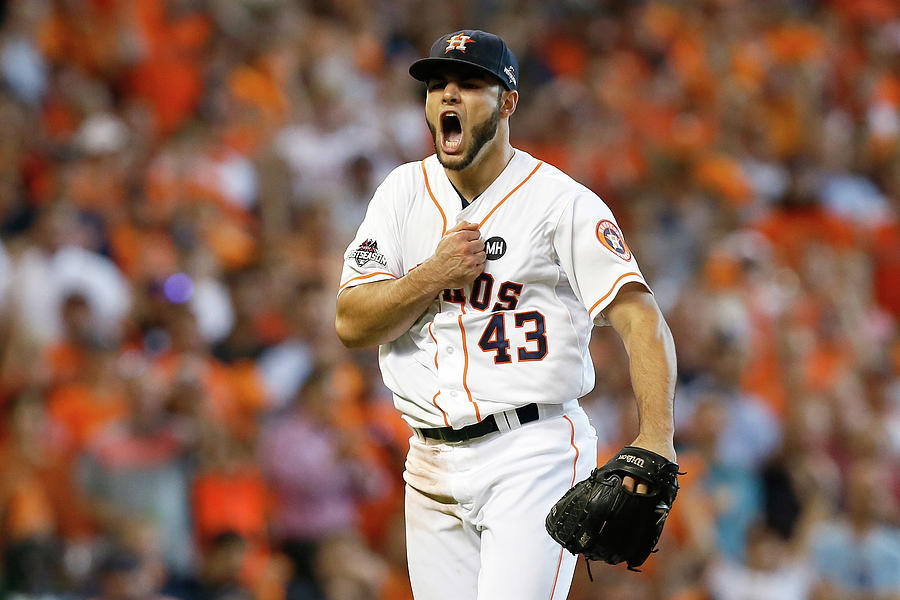 HOUSTON, TX - OCTOBER 12: Lance McCullers #43 of the Houston Astros reacts after the third out in the sixth inning against the Kansas City Royals during game four of the American League Divison Series at Minute Maid Park on October 12, 2015 in Houston, Texas. (Photo by Bob Levey/Getty Images)