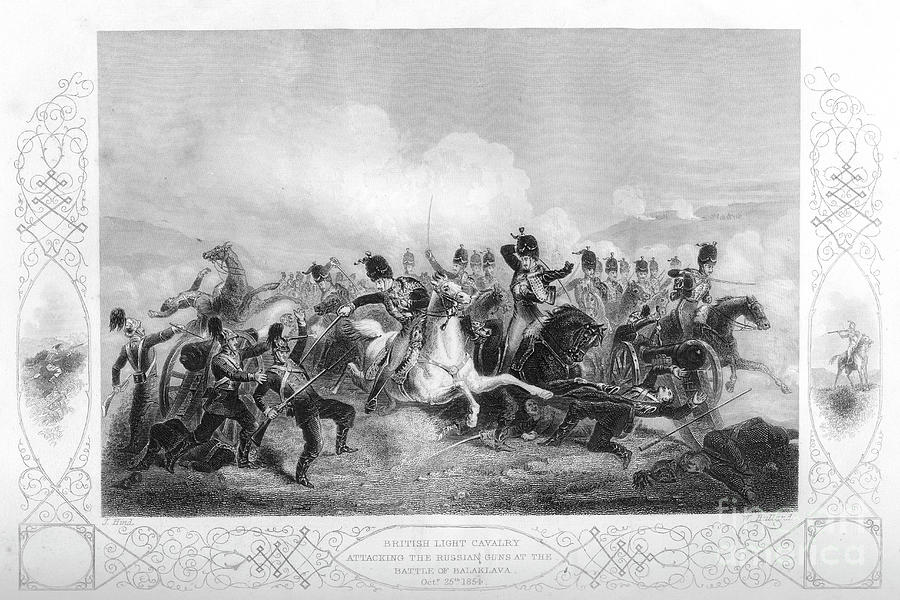 Light cavalry attacking the Russian guns at Balaclava during the Crimean War, 1854 (1857). From England's Battles by Sea and Land, volume III: Russia and Turkey, by Lieutenant Colonel Williams, Published by The London Printing and Publishing Company (1857). (Photo by The Print Collector/Print Collector/Getty Images)