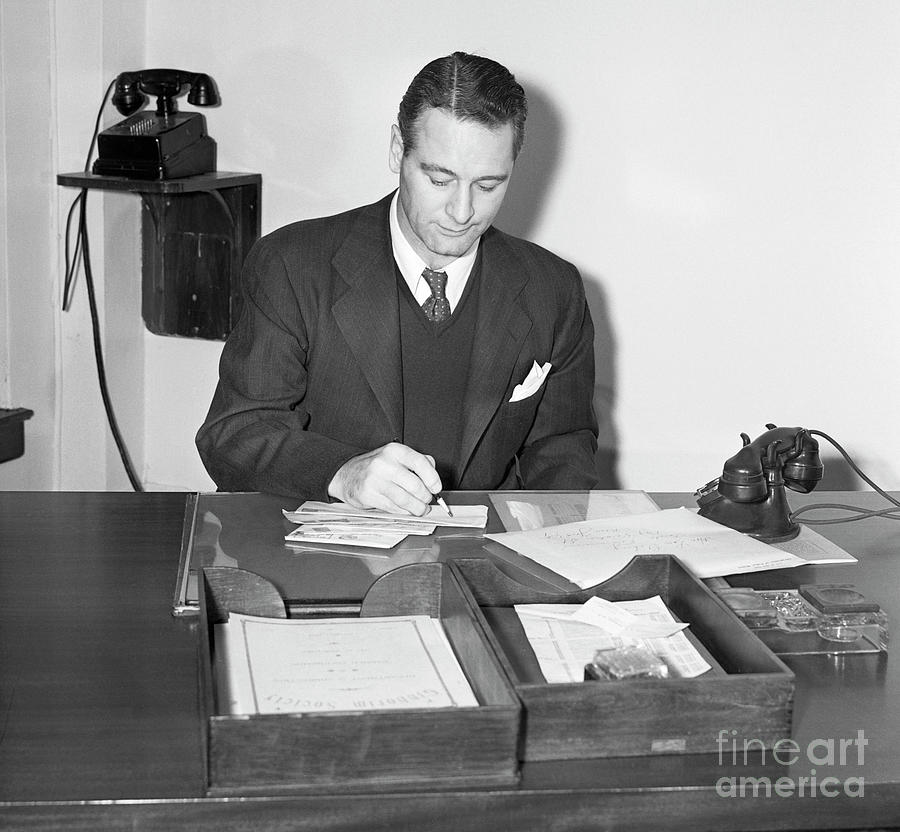 (Original Caption) 1/2/1940-New York, NY: Portrait of Lou Gehrig, former first baseman for the New York Yankees, as he officially and quietly began his duties as one of New York City's three parole commissioners. Lou had been reading up on penology since his appointment last October.