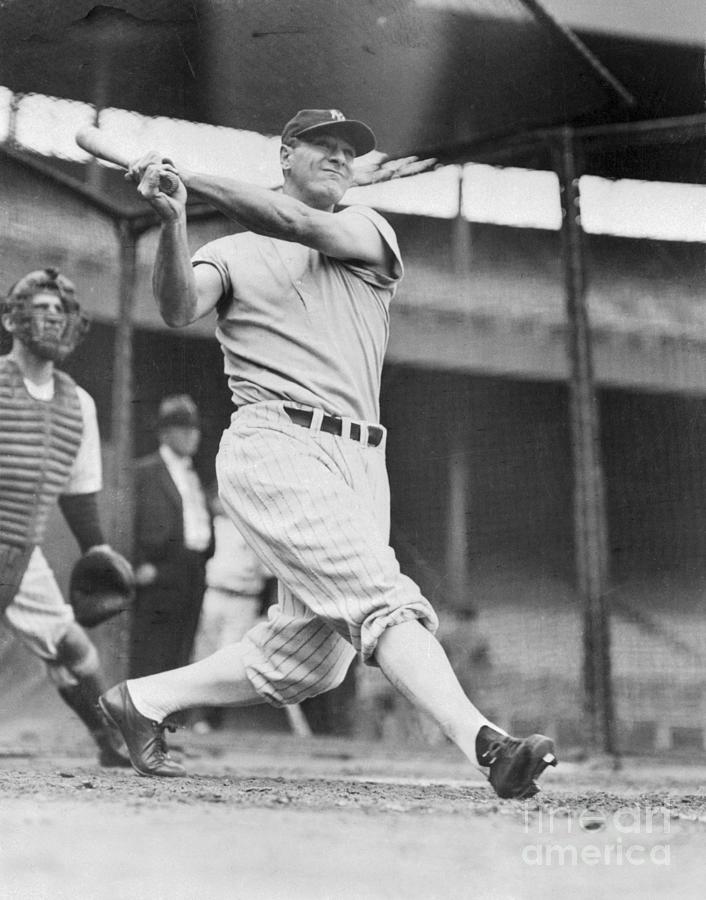 (Original Caption) Giant killer? At least that's what Lou Gehrig hopes to be when he gets his big bat swinging in the World Series starting October 6th. The Yankee first baseman is shown during batting practice at the Polo Grounds, the home of the opposition, on the eve of the series opening.