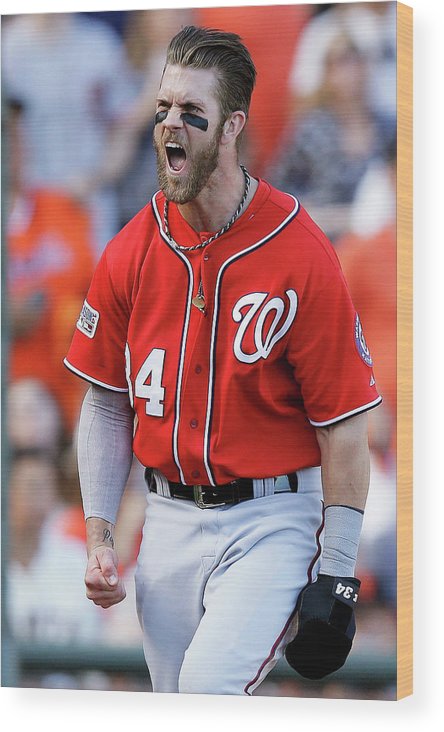 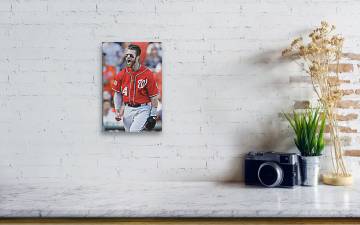 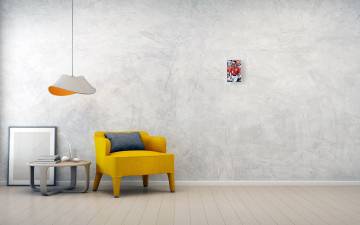 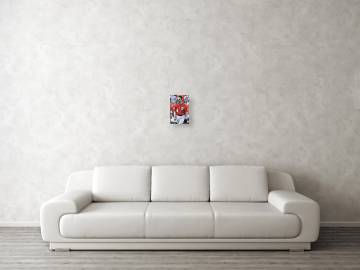 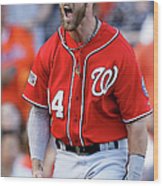 Madison Bumgarner And Bryce Harper wood print by Ezra Shaw.   Bring your artwork to life with the texture and added depth of a wood print. Your image gets printed directly onto a sheet of 3/4" thick maple wood. There are D-clips on the back of the print for mounting it to your wall using mounting hooks and nails (included).

SAN FRANCISCO, CA - OCTOBER 06: Bryce Harper #34 of the Washington Nationals celebrates after scoring on a throwing error by Madison Bumgarner #40 of the San Francisco Giants in the seventh inning during Game Three of the National League Division Series at AT&T Park on October 6, 2014 in San Francisco, California. (Photo by Ezra Shaw/Getty Images)Image provided by Getty Images.