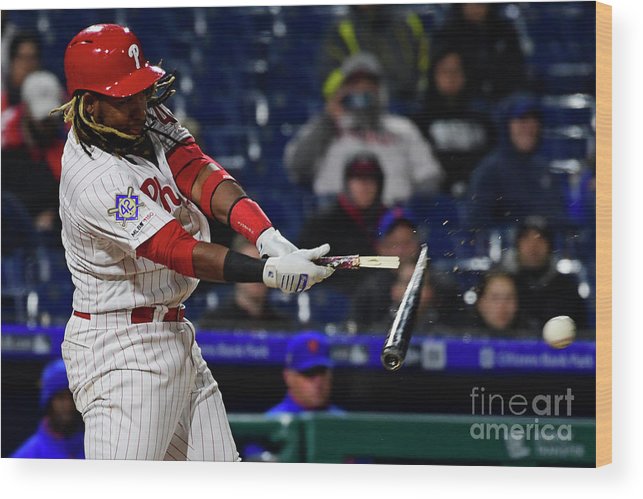 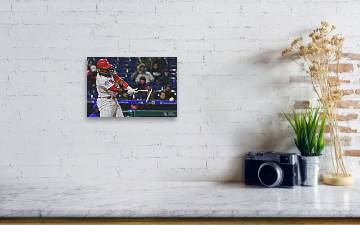 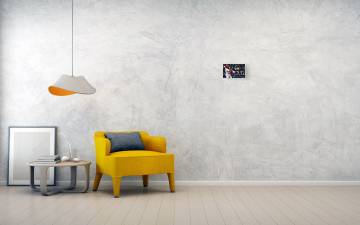 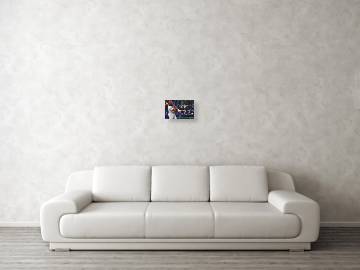 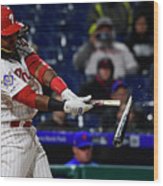 Maikel Franco wood print by Corey Perrine.   Bring your artwork to life with the texture and added depth of a wood print. Your image gets printed directly onto a sheet of 3/4" thick maple wood. There are D-clips on the back of the print for mounting it to your wall using mounting hooks and nails (included).

PHILADELPHIA, PA - APRIL 15: Maikel Franco #7 of the Philadelphia Phillies breaks his bat on a hit during the tenth inning at Citizens Bank Park on April 15, 2019 in Philadelphia, Pennsylvania. All players are wearing the number 42 in honor of Jackie Robinson Day. The Mets defeated the Phillies 7-6 in 11 innings. (Photo by Corey Perrine/Getty Images)Image provided by Getty Images.