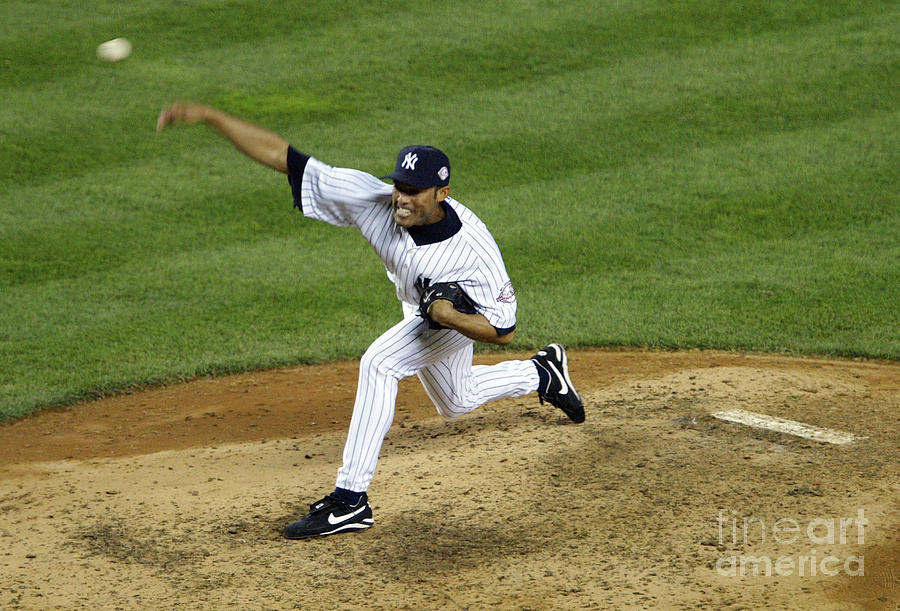 BRONX, NY - OCTOBER 16: Mariano Rivera #42 of the New York Yankees throws a pitch against the Boston Red Sox in the tenth inning during game 7 of the American League Championship Series on October 16, 2003 at Yankee Stadium in the Bronx, New York. The Yankees won the game 6-5, advancing them to the World Series. (Photo by Doug Pensinger/Getty Images)