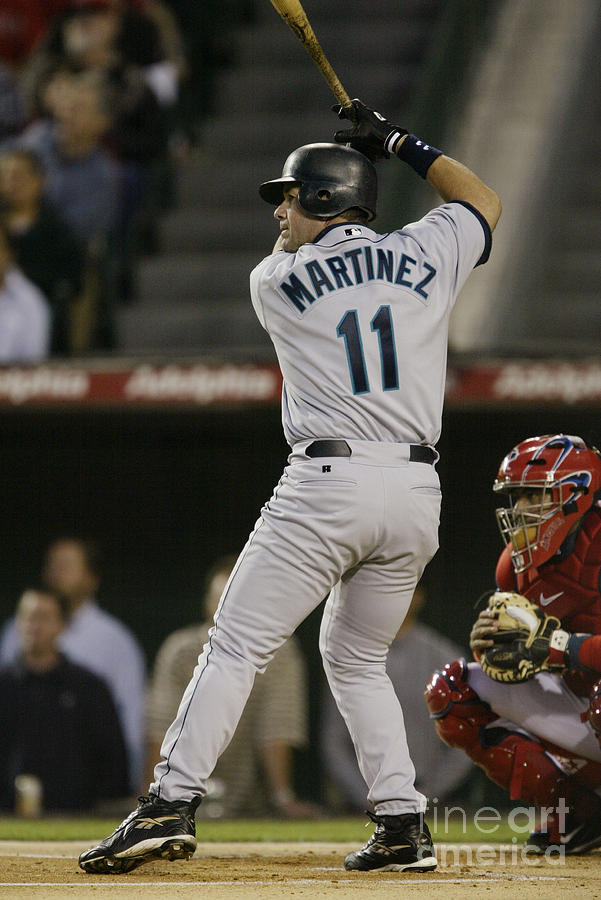 ANAHEIM, CA - APRIL 13: Designated hitter Edgar Martinez #11 of the Seattle Mariners at bat during the game against the Anaheim Angels on April 13, 2004 at Angel Stadium in Anaheim, California. The Angels, playing in their first home game of the season, won 7-5. (Photo by Stephen Dunn/Getty Images)