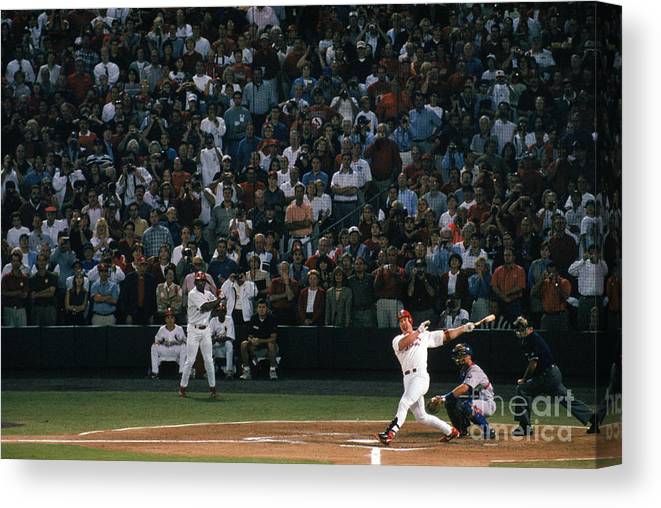 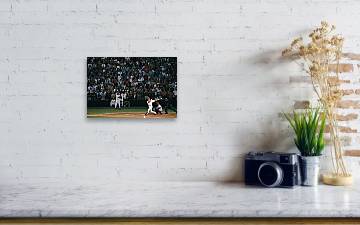 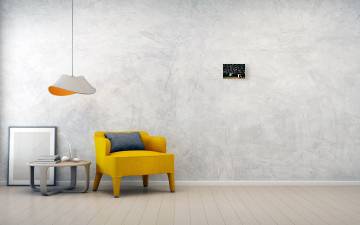 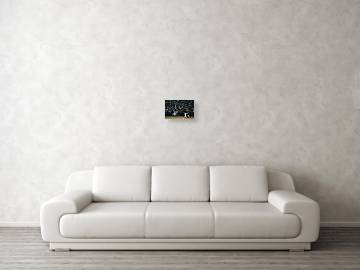 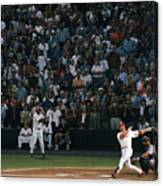 Mark Mcgwire And Roger Maris canvas print by Bill Stover.   Bring your artwork to life with the texture and depth of a stretched canvas print. Your image gets printed onto one of our premium canvases and then stretched on a wooden frame of 1.5" x 1.5" stretcher bars (gallery wrap) or 5/8" x 5/8" stretcher bars (museum wrap). Your canvas print will be delivered to you "ready to hang" with pre-attached hanging wire, mounting hooks, and nails.

ST. LOUIS - SEPTEMBER 8: Mark McGwire #25 of the St. Louis Cardinals hits a 341- feet line drive over the left field wall, for his 62nd home run of the year surpassing the 37-year mark held by Roger Maris for the single season home run leader during the game against the Chicago Cubs at the Busch Stadium on September 8, 1998 in St. Louis, Missouri. The Cardinals defeated the Cubs 6-3. (Photo by Bill Stover/MLB Photos via Getty Images)Image provided by Getty Images.