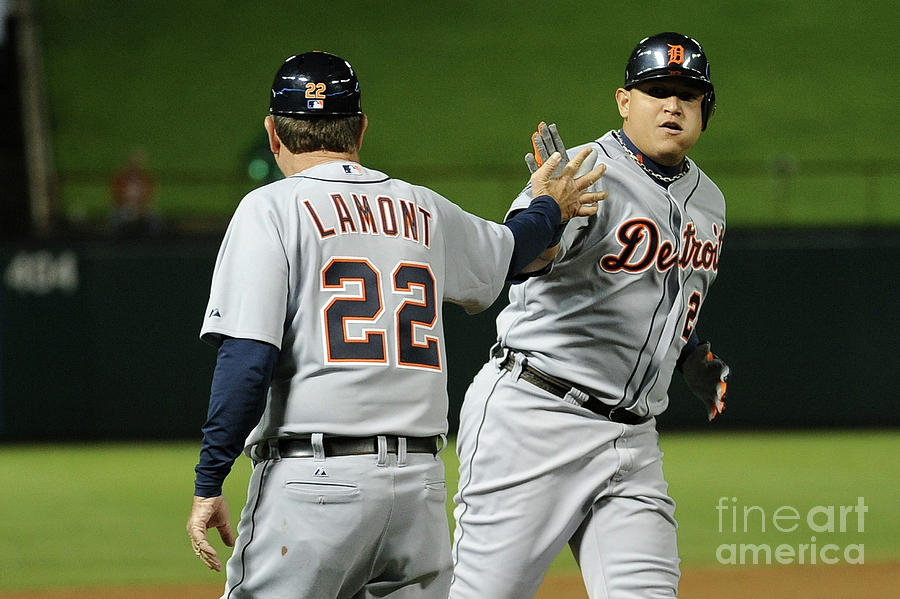 ARLINGTON, TX - OCTOBER 15: Miguel Cabrera #24 of the Detroit Tigers runs the bases after hitting a solo home run in the first inning of Game Six of the American League Championship Series against the Texas Rangers at Rangers Ballpark in Arlington on October 15, 2011 in Arlington, Texas. (Photo by Harry How/Getty Images)