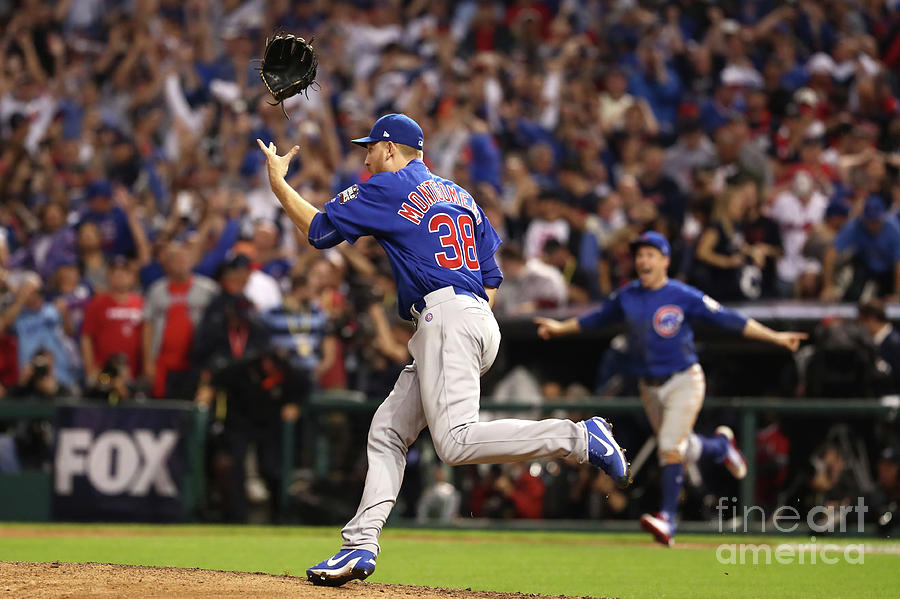 CLEVELAND, OH - NOVEMBER 02: Mike Montgomery #38 of the Chicago Cubs celebrates after defeating the Cleveland Indians 8-7 in Game Seven of the 2016 World Series at Progressive Field on November 2, 2016 in Cleveland, Ohio. The Cubs win their first World Series in 108 years. (Photo by Elsa/Getty Images)