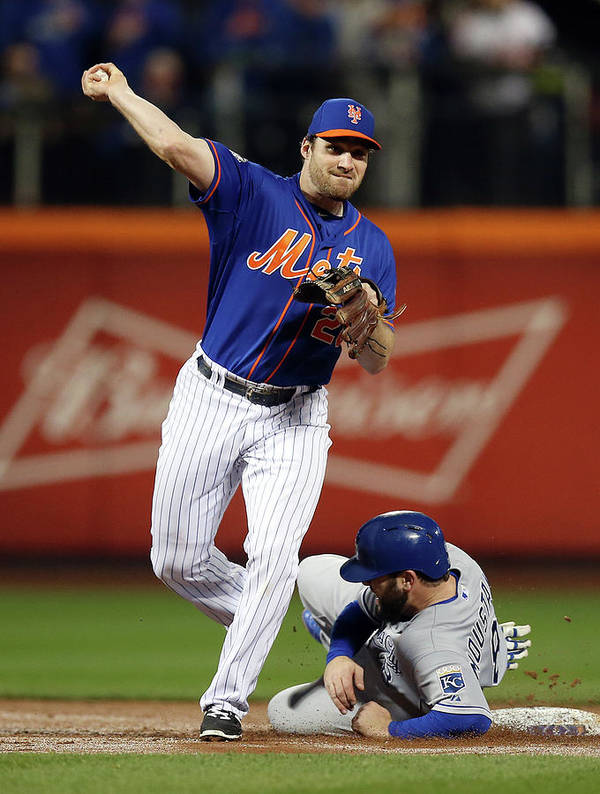 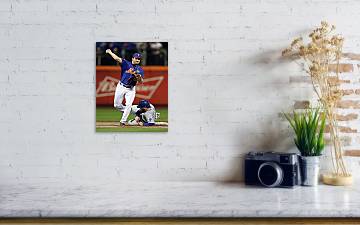 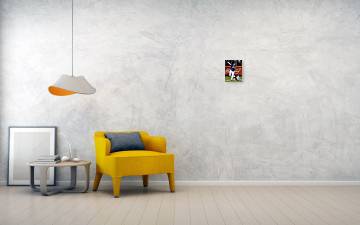 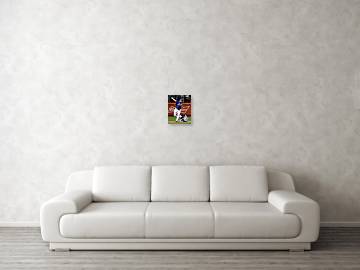 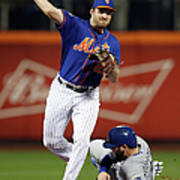 Mike Moustakas And Daniel Murphy poster by Brad Mangin.   Our posters are produced on acid-free papers using archival inks to guarantee that they last a lifetime without fading or loss of color. All posters include a 1" white border around the image to allow for future framing and matting, if desired.

NEW YORK, NY - NOVEMBER 1: Daniel Murphy #28 of the New York Mets throws to first as Mike Moustakas #8 of the Kansas City Royals slides into second during Game 5 of the 2015 World Series at Citi Field on Sunday, November 1, 2015 in the Queens borough of New York City. (Photo by Brad Mangin/MLB Photos via Getty Images)Image provided by Getty Images.