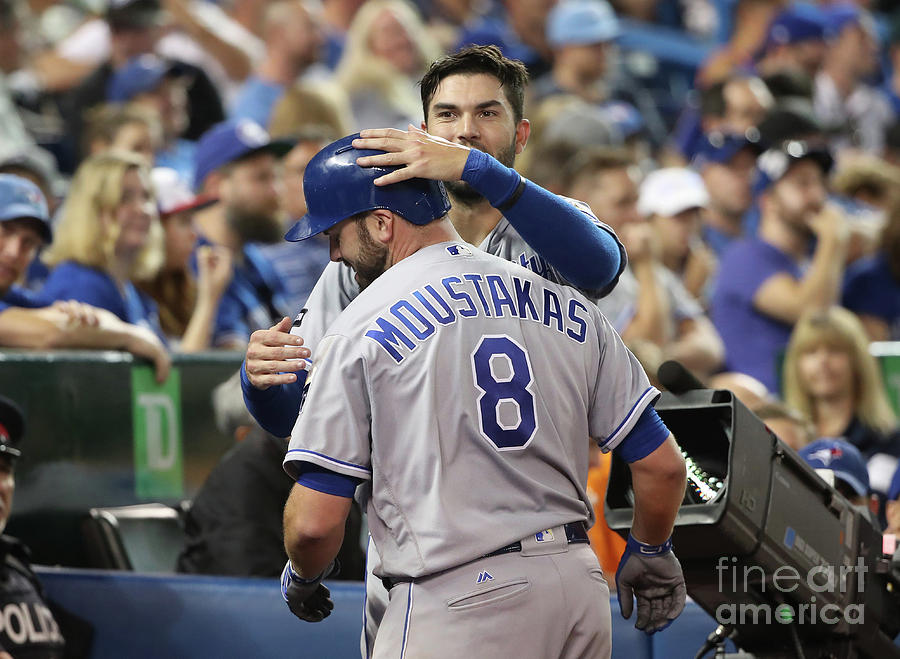 TORONTO, ON - SEPTEMBER 20: Mike Moustakas #8 of the Kansas City Royals is congratulated by Eric Hosmer #35 after hitting a solo home run in the sixth inning, setting a club record with 37 home runs in a season, during MLB game action against the Toronto Blue Jays at Rogers Centre on September 20, 2017 in Toronto, Canada. (Photo by Tom Szczerbowski/Getty Images)