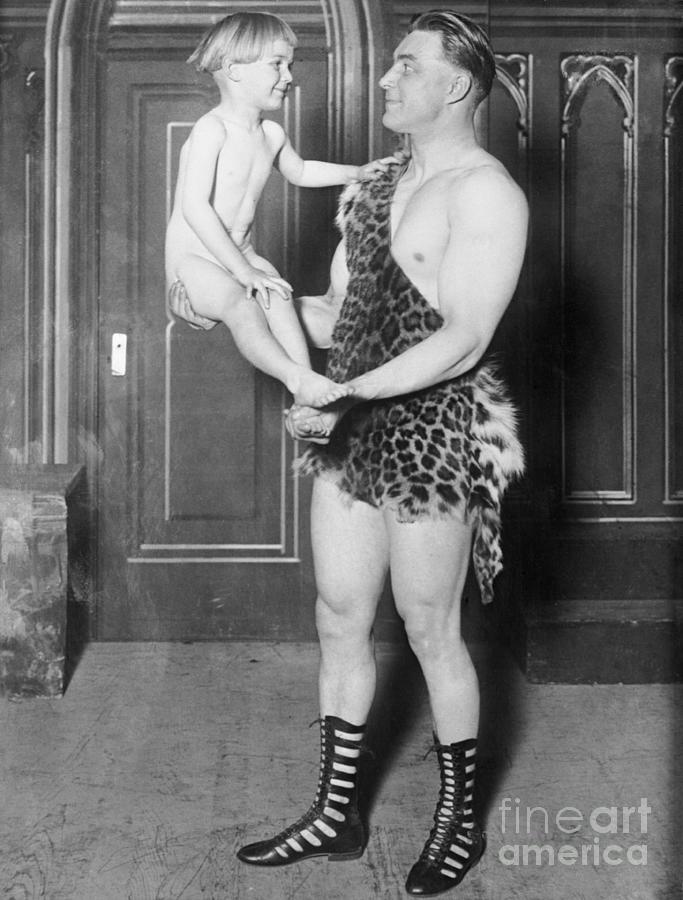 (Original Caption) Modern superman hopes to produce Hercules of 1930 in his son. Dr J. Edwin Crape, San Francisco Adonis and his four year old son, whom he is training as the future Hercules. Dr. Crapo is Vice President of the California Chiropractic College. The doctor has won a number of medals and has twice been selected as the most perfectly formed man in the world. At Madison Square Garden, New York he won the medal in 1915. He has posed for flag Gibson Underwood and other noted artists. He also posed for a number of liberty Loan posters. In his son Joseph Edwin, Jr. four years of age, Dr. Crapo hopes to produce the Hercules of the World in 1930. He has outlined certain exercises which will gradually develop the youngster into a perfect physical man. Dr, Crapo is 32 years of age, weighs 165 ponds, and is 15 feet 10 1/2 inches high. He has an extended reach of 6 feet