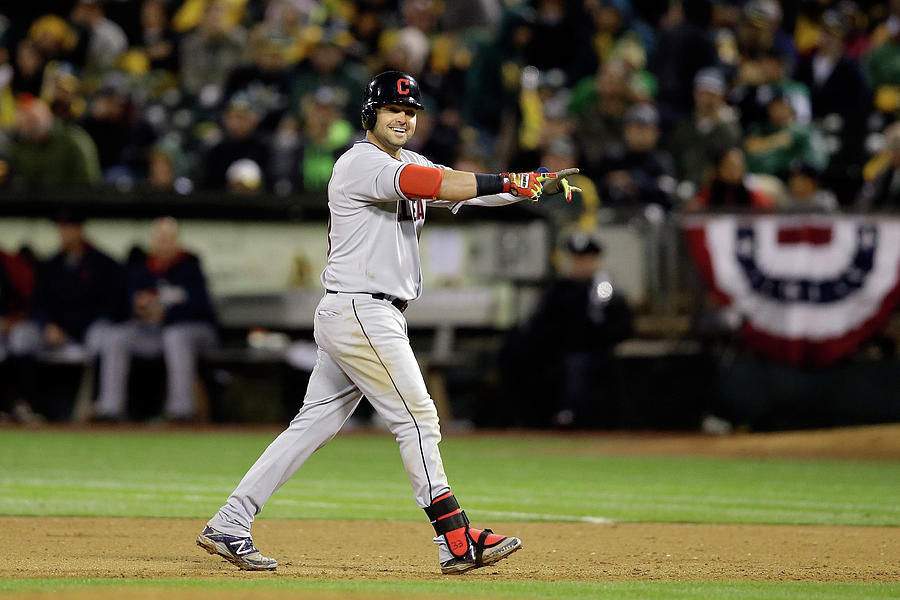 OAKLAND, CA - MARCH 31: Nick Swisher #33 of the Cleveland Indians reacts after he hit a broken bat single that scored Nyjer Morgan #6 in the eighth inning of their game against the Oakland Athletics during Opening Day at O.co Coliseum on March 31, 2014 in Oakland, California. (Photo by Ezra Shaw/Getty Images)