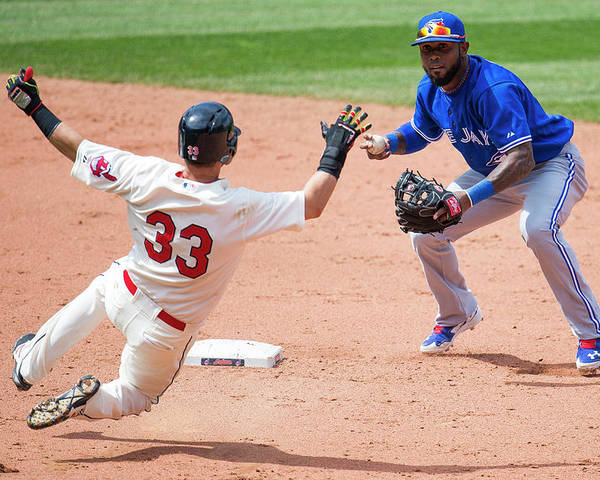 Nick Swisher, Jose Reyes, and Jason Kipnis poster by Jason Miller.   Our posters are produced on acid-free papers using archival inks to guarantee that they last a lifetime without fading or loss of color. All posters include a 1" white border around the image to allow for future framing and matting, if desired.

CLEVELAND, OH - APRIL 20: Nick Swisher #33 is out at second off a ground ball hit by Jason Kipnis #22 of the Cleveland Indians as shortstop Jose Reyes #7 of the Toronto Blue Jays does not make the throw to first during the sixth inning at Progressive Field on April 20, 2014 in Cleveland, Ohio. The Indians defeated the Blue Jays 6-4. (Photo by Jason Miller/Getty Images)Image provided by Getty Images.