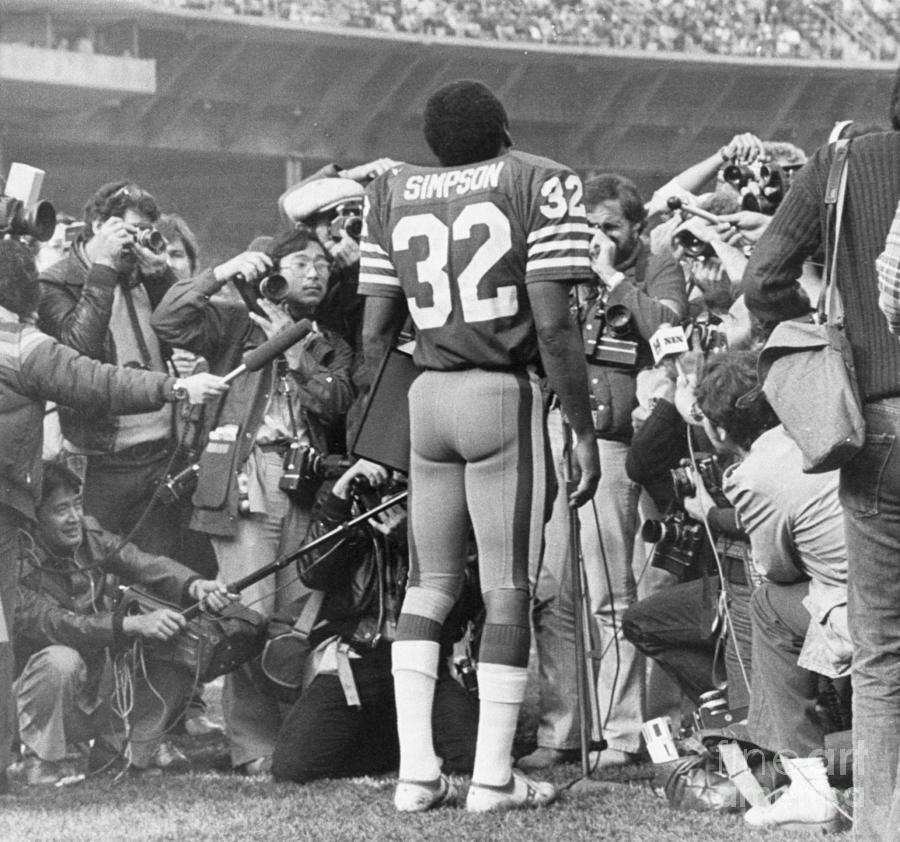 (Original Caption) 12/9/1979-San Francisco, CA: A hoarde of photographers surround O.J. Simpson as he bids farewell to San Francisco football fans at Candlestick Park, prior to playing his last game before them, against the Tampa Bay Buccaneers. Simpson, a native San Franciscan, played prep ball here and will finish his career this season with the 49ers, who have one remaining game.