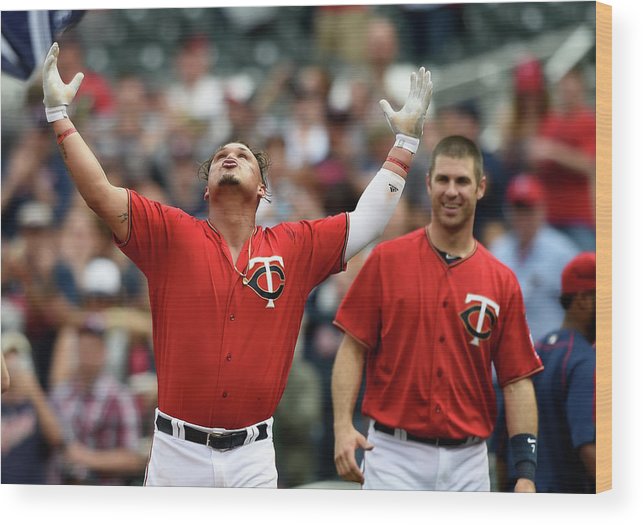 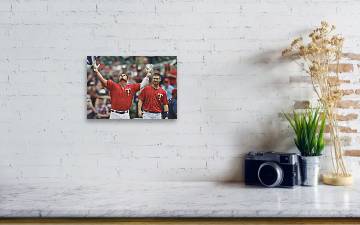 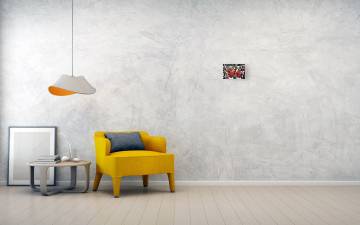 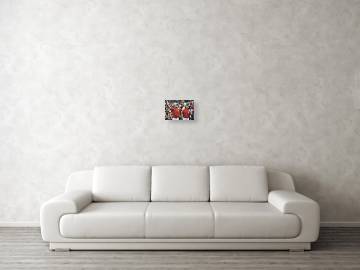 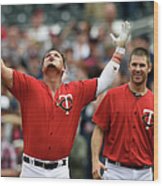 Oswaldo Arcia And Joe Mauer wood print by Hannah Foslien.   Bring your artwork to life with the texture and added depth of a wood print. Your image gets printed directly onto a sheet of 3/4" thick maple wood. There are D-clips on the back of the print for mounting it to your wall using mounting hooks and nails (included).

MINNEAPOLIS, MN - APRIL 17: Joe Mauer #7 of the Minnesota Twins looks on as teammate Oswaldo Arcia #31 celebrates a walk-off single against the Los Angeles Angels of Anaheim during the twelfth inning of the game on April 17, 2016 at Target Field in Minneapolis, Minnesota. The Twins defeated the Angels 3-2 in twelve innings. (Photo by Hannah Foslien/Getty Images)Image provided by Getty Images.