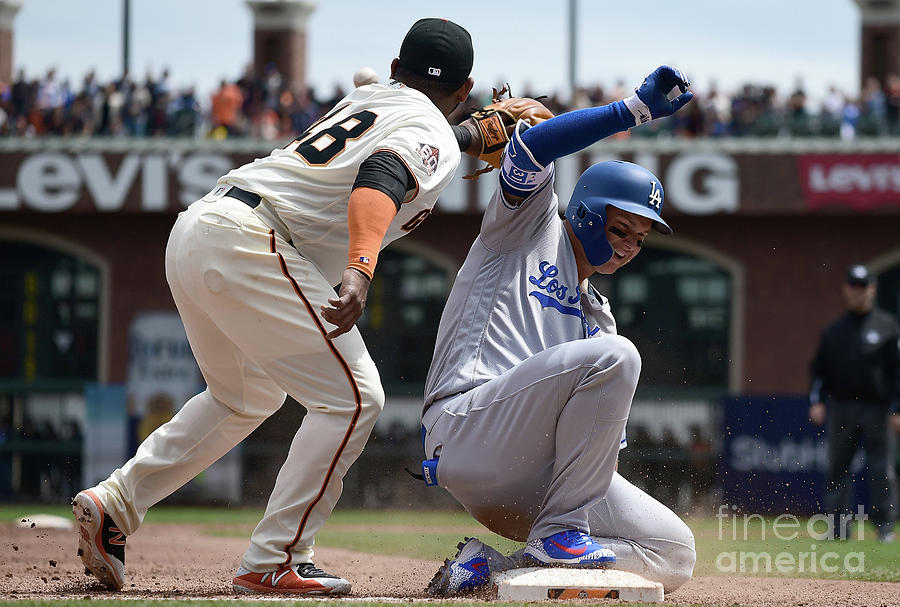 SAN FRANCISCO, CA - APRIL 28: Joc Pederson #31 of the Los Angeles Dodgers slides into third base with an RBI triple, beating the throw to Pablo Sandoval #48 of the San Francisco Giants in the top of the second inning during game one of a doubleheader at AT&T Park on April 28, 2018 in San Francisco, California. (Photo by Thearon W. Henderson/Getty Images)