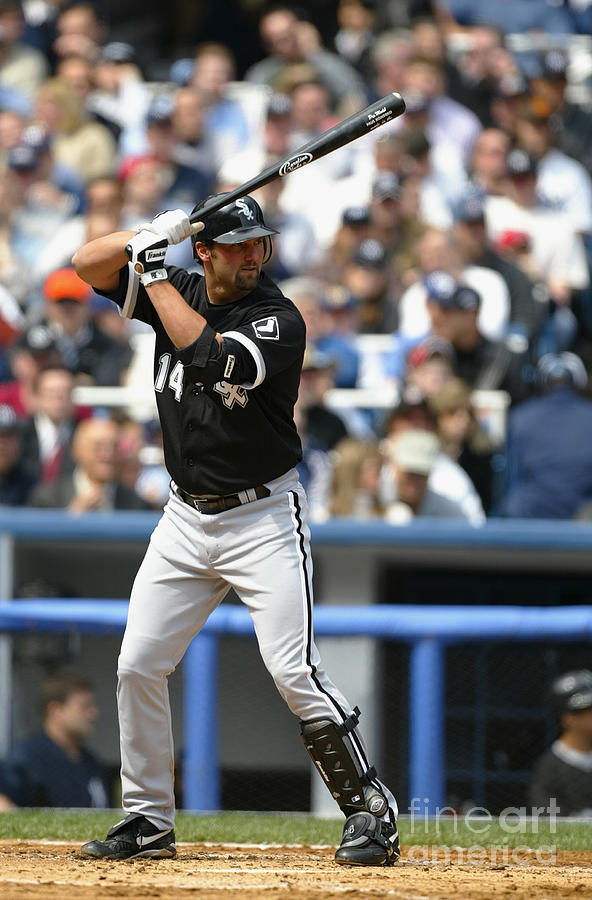 BRONX, NY - APRIL 8: First baseman Paul Konerko #14 of the Chicago White Sox at bat during the game against the New York Yankees on April 8, 2004 at Yankee Stadium in the Bronx, New York. The Yanks won 3-1. (Photo by Ezra Shaw/Getty Images)