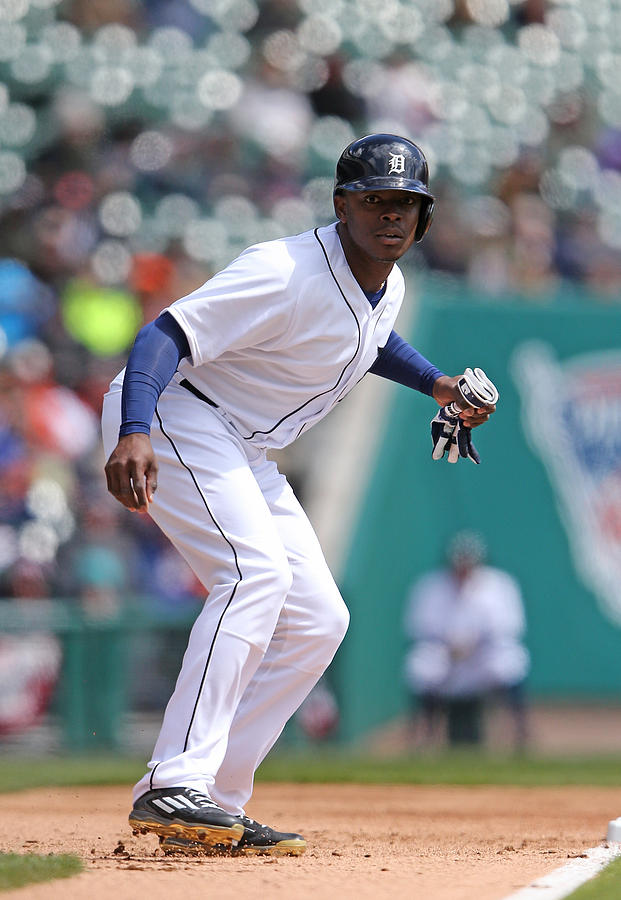 DETROIT, MI - APRIL 12: Justin Upton #8 of the Detroit Tigers looks to the mound while on third base during the inter-league game against the Pittsburgh Pirates on April 12, 2016 at Comerica Park in Detroit, Michigan. The Tigers defeated the Pirates 8-2. (Photo by Leon Halip/Getty Images)