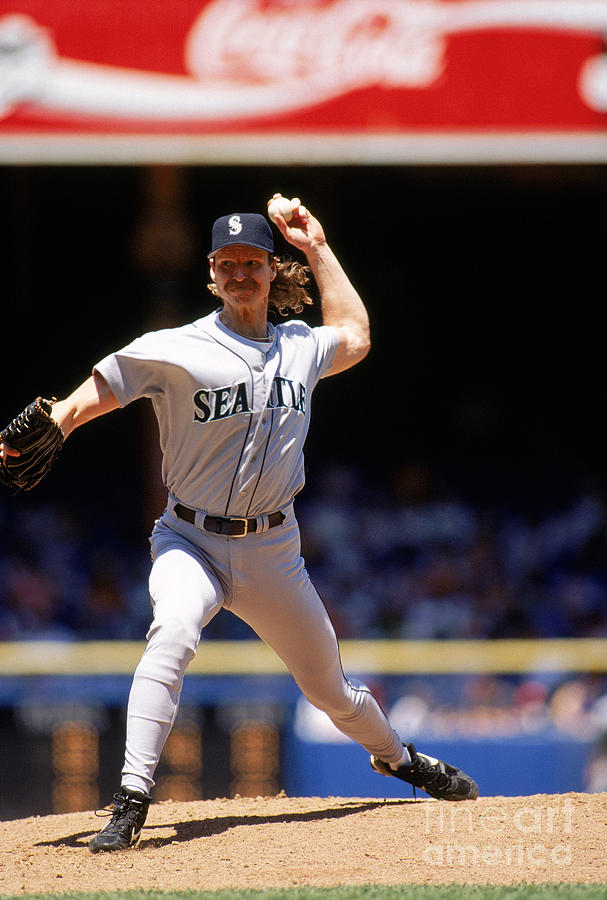 DETROIT - JUNE 8: Randy Johnson #51 of the Seattle Mariners pitches during a game against the Detroit Tigers at Tiger Stadium on June 8, 1997 in Detroit, Michigan. The Mariners defeated the Tigers 2-0. (Photo by John Reid III/MLB Photos via Getty Images)