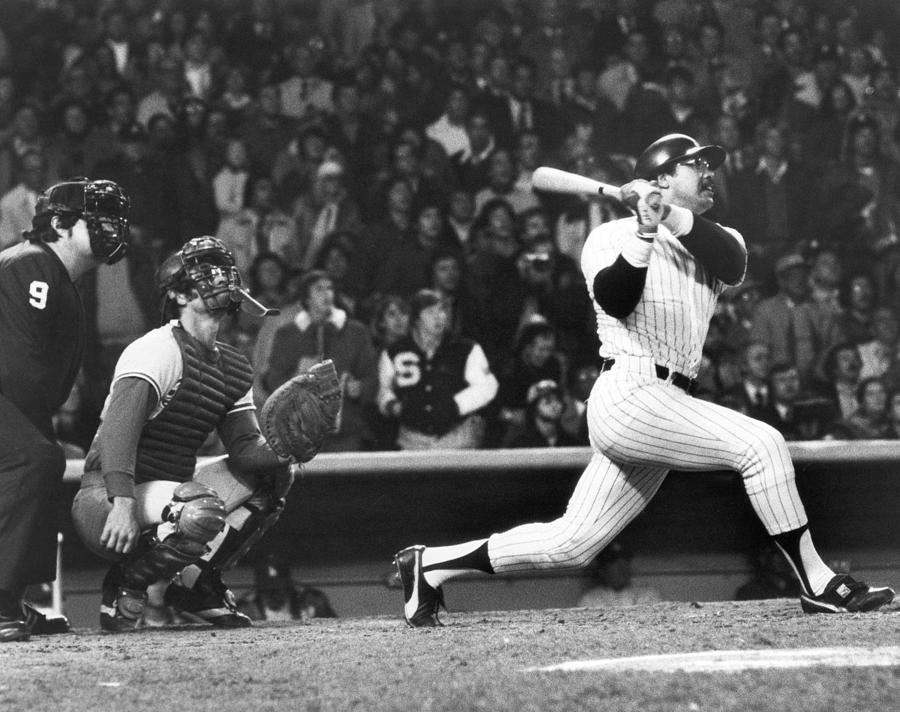 BRONX, NY - OCTOBER 18: Reggie Jackson of the New York Yankees hits his third consecutive home run of the game against the Los Angeles Dodgers in the eight inning of Game six of the 1977 World Series at Yankee Stadium on October 18, 1977 in the Bronx, New York. The Yankees defeated the Dodgers 8-4 and won the World Series four games to two. (Photo by Louis Requena/MLB Photos via Getty Images)