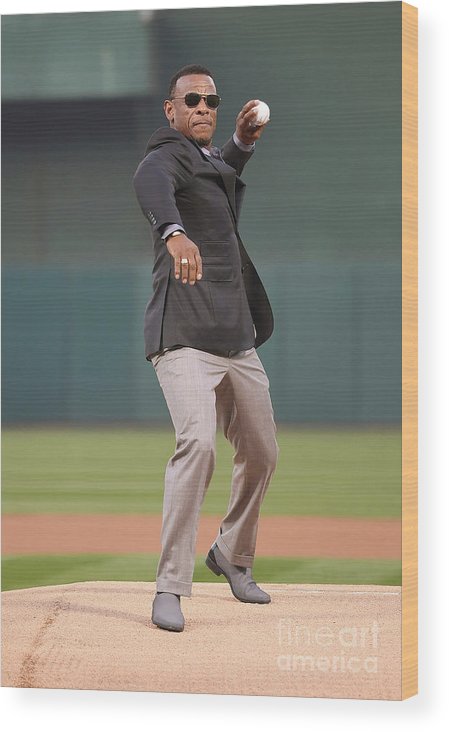 Rickey Henderson wood print by Thearon W. Henderson.   Bring your artwork to life with the texture and added depth of a wood print. Your image gets printed directly onto a sheet of 3/4" thick maple wood. There are D-clips on the back of the print for mounting it to your wall using mounting hooks and nails (included).

OAKLAND, CA - APRIL 03: Former Oakland Athletic Rickey Henderson throws out the ceremonial first pitch prior to the start of the opening night game between the Los Angeles Angels of Anaheim and Oakland Athletics at the Oakland-Alameda County Coliseum on April 3, 2017 in Oakland, California. (Photo by Thearon W. Henderson/Getty Images)Image provided by Getty Images.